The contents of a dozen of Bali’s most in-the-know people’s Little Black Books has been distilled into Elite Haven’s new concierge app, elite experience, and it’s a treasure chest of cool information and hot tips.

Zap this app into an iPhone and you have immediate access to Bali’s international dining scene, hippest bars and chicest cafes. The Elite Havens team has created a magical précis of upscale adventures, beautiful and bespoke shopping, spa sanctuaries, professional kids entertainers and activities plus some special treats.

Laborious days of researching for the best-of-the-best and creating a ‘to do’ list for your vacation are banished to history. The Elite Experience app cuts through the confusing miasma of magazine features, tourist guidebooks and advertiser-sponsored platforms that make claims rarely met. 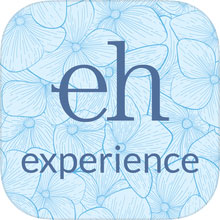 Arrange a private visit to an opulent fashion boudoir attended by a Hollywood stylist; take a safari under the stars; jump aboard a magnificent schooner for a day of island hopping; wash an elephant or be helicoptered to a Greg Norman-designed golf course where tees are separated by dazzling cliffs and open ocean, and an exquisite Balinese sea temple forms the backdrop.

Captivate the kids with a visit from a professional French circus school or let them swing from the trees at an adventure park tucked amongst the stunning grounds of Bali’s serene botanic garden.

The elite experience app safeguards guests against unfortunate hiccups and delivers a divine holiday itinerary in advance of your arrival. Our villa managers will take over the organisation and logistics so that your plans can be expertly executed without delay.

And we’ve anonymously checked out every bar and business listed to ensure that constant quality expectations are maintained.

Money cannot buy inclusion to this distinguished concierge service that has been carefully curated to provide the perfect plan for your holiday on the Island of the Gods.

END_OF_DOCUMENT_TOKEN_TO_BE_REPLACED

Elite Havens Group, Bali’s leading luxury real estate, villa marketing and management distribution company, has acquired a strategic interest in the marketing business of Awesome Villas (Thailand). The two organisations will be combining to leverage their respective strengths and bring the best practices of both Awesome and Elite Havens to create a world-class villa marketing group.

Elite Havens offer management and marketing services to 200 luxury, private villas in Asia, principally in Bali and Lombok whilst Awesome Villas provide marketing services to 12 of Phuket’s most exclusive villas. Both companies share the same focus of excellence: to deliver a quality villa product with a secure, user-friendly booking service for guests, whilst at the same time building long-term relationships with villa owners.

Jon Stonham, CEO of the Elite Havens Group, said: “I have long admired the way Awesome Villas market their properties to their clients – the private luxury experience they provide guests is some of the best in the region and we are proud to combine their portfolio with ours to create the most prestigious high end villa marketing and management company in the two most sought after islands in Asia; Bali and Phuket. This merger will benefit our guests with a diversity of product and our owners with shared insights into both markets.”

Jon Hawryluk, Managing Director of Awesome Villas, added: “Elite Havens expertise in technology and marketing really opens up significant new doors for all of our owners in a positive and secure way. Elite Havens maintain a strong business relationship across all channels and they really understand how to capitalise their villas, returning higher occupancies and income to owners in a very competitive market.”

Since 2013 Awesome Villas (www.awesomevillas.com) has offered luxury villa marketing services to 12 properties in Phuket including renowned villas such as, Chan Grajang, Torcello and Sawarin. Each villa comes with, a manager, maids and a highly trained chef, and a consistency of product and services synonymous with any luxury 5-star brand.

END_OF_DOCUMENT_TOKEN_TO_BE_REPLACED

A personal luxury guide to Bali’s most fabulous restaurants, dynamic activities and bespoke shopping is at the fingertips of guests staying at any one of Elite Havens 190 exclusive villas. The Elite Experience has arrived.

Downloaded in an instant before leaving home, the Elite Experience is a vault of Bali’s most privileged and rarefied entertainments from exquisite boat charters and sporting activities through to personal shoppers and elegant salons. An entire section is devoted to keeping the kids happy and even includes a private circus school that will visit the villas.

This concierge app ensures that guests to an Elite Havens villa will holiday in absolute splendour and can prepare their itinerary before departure.

Every listing is tried and tested and has been coaxed out of the little black books of a host of in-the-know long term ex-pats including Bali’s top restaurant reviewers, trend spotters and social butterflies.

Villa managers take over to ensure that Elite Experience users have their plans expertly executed without delay. The top-shelf businesses in the guide have included some special treats for Elite Experience guests including signature cocktails at pumping ex-haunts, preferential seating through to divine complimentary dishes at world class restaurants. There are many generous discounts too.

Money cannot buy an entry into this exclusive guide that has been carefully prepared to sate the desires of Elite Havens guests who seek an Elite Experience on the Island of the Gods.

END_OF_DOCUMENT_TOKEN_TO_BE_REPLACED

Australians have dominated Bali’s tourist market for years, but recent months have shown a huge shift towards a Chinese take-over of the lion’s share.

In February this year Chinese tourists accounted for 27.71% of visitors to Bali, with Australian arrivals accounting for 21.04%, and it is expected that this lead will grow exponentially with direct flights being introduced from first and second tier cities in China. In January, Garuda Indonesia introduced direct flights linking Bali and Shanghai and direct flights between Bali and Guangzhou commenced in May.

The Indonesian government has publicly recognised China as the number one tourist market of the immediate future. Back in June, the government relaxed its visa policy, waiving the US$35 tourist entry fee for Chinese nationals with the aim of increasing visits to 10 million people in the next few years. One major Chinese online travel agency said that they saw nearly a 50% growth over the previous month in bookings to Bali when the policy was announced.

While group tours are still dominating, there is a noticeable increase in well-educated, well-travelled and independent Chinese tourists who are leaning towards high-end luxury private villa experiences.

Here at Elite Havens, we understand the huge potential that this shift in Bali tourism represents and have been preparing to welcome Chinese visitors for the past 12 months. We have been growing relations with Chinese agents, especially those specialising in the luxury market. In May, we participated at the International Luxury Travel Management (ILTM) Conference in Shanghai; an invitation-only event at which we held one-on-one meetings with representatives of Asia’s sought-after market of luxury travellers.

We are also boosting our own personnel to include Mandarin-speaking staff, and will soon have a member of our team dedicated solely to the Chinese market, appealing to a particular style of business dealings and customs.

Looking for investment opportunities in Bali or Lombok? Get in touch with our experts at Elite Havens for more information.

END_OF_DOCUMENT_TOKEN_TO_BE_REPLACED

With a string of white-sand beaches lining its west coast, Phuket is one of Asia’s top island destinations. Phuket also boasts some great dining, a historic ‘Old Town’ and a world-class yachting scene, but the beaches remain its main attraction.

But Thailand’s largest island has not been without its share of challenges, with unchecked development threatening to harm its natural beauty and environment. Following the Thai coup of May 2014, Phuket became subject to some surprising – yet mostly welcome – initiatives by the military government to clean up its beaches.

In late June 2014, several stretches of sand including Patong Beach, Kamala Beach, Bang Tao Beach and Surin Beach were cleared of rental sunbeds and umbrellas, and all structures built on the sands were removed.

The clear-out was launched to rid the sands of encroachment and illegal profiteering, and the effect was dramatic. The white sands of Patong Beach came back into view, having been covered by several rows of sunbeds across its entire length for many years. The popular beach clubs and dining spots of Surin were forced off the sands, but most remain in business just a few metres back from the beach. The sunset views here, now unobstructed, are better than ever.

Heeding the call of beach-loving visitors wanting a more comfortable day out on the beach, Phuket officials in early 2015 allowed a limited number of rental umbrellas and mats to return. These umbrellas are set up in designated zones and those bringing their own umbrellas are welcome to pitch them in the sands in the same areas. Beach masseuses, snack and drink stands and roving vendors are also given space to operate, ensuring that most beach-goers’ needs and comforts are still catered to without having to leave the sand.

Though it was knocked off the sands, the Phuket beach club scene still thrives, with Catch Beach and Bimi beach clubs serving up fresh cocktails and seafood with a splash of DJ tunes at Surin Beach. Patong and Bang Tao beaches also boast several good seaside dining spots, perfect for enjoying sundowners with those fabulous Andaman sea views.

Xana Beach Club and Bliss Beach Club on Bang Tao hold regular DJ party nights and dining events, and Bliss is also host to a surf and stand-up paddle shop where you can rent boards or sign up for lessons.