Women’s International Tennis Singapore (WITS) was founded in 2000 by Chris Clontz, to provide a daytime tennis league to ladies living in Singapore. They grew from an initial 150 players, to the 637 doubles and 63 singles players registered in Scoring 2019 Season.

In 2017, WITS registered as a society in Singapore, with a constitution directing it to raise funds for chosen charities. WITS committee members are all volunteers, and donate their spare time and energy to various important causes.

For several years, WITS supported a children’s charity in Cambodia called Sunrise, and made it possible for the children to take tennis lessons and have access to rackets, balls and other tennis paraphernalia. In 2016, they decided to support charities in Singapore and chose Aidha, an organisation that helps empower expat women to manage their finances and start businesses in their home country.

As a registered society, WITS can only support one charity raffle per season. It now supports Aware as well. Aware helps women in Singapore through difficulties at home, by providing helplines, legal advice and support centres. 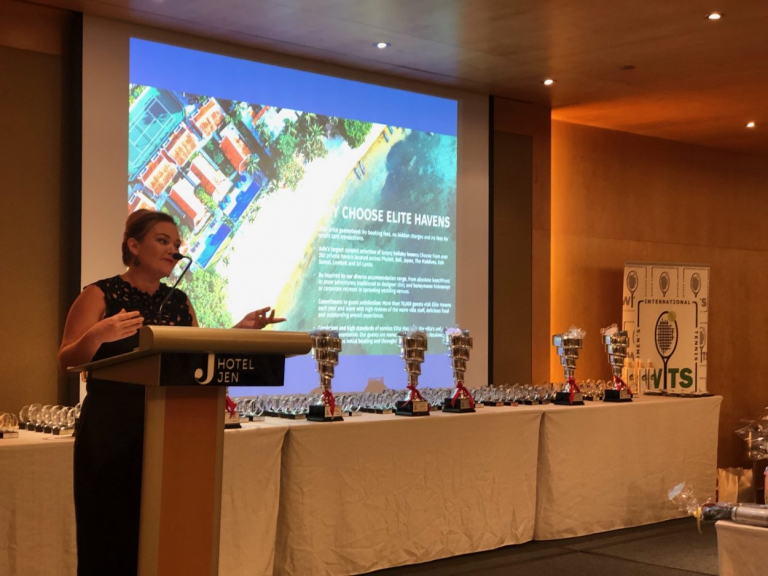 For the past few years, Elite Havens has supported WITS, offering a villa holiday, at a luxurious property that features tennis courts, for the end of season awards, held in June and November. This has enabled WITS to raise more money for their chosen charities, through raffle ticket sales for the villa prize. As teams have enjoyed the benefits of villa stays, many members are now loyal customers of Elite Havens, booking villas for their personal holidays as well.

In addition to the charity work, WITS is increasingly becoming more environment-friendly and has stopped production of paper waiver forms and rule books. They now only use the online version. WITS members are also trying to minimise usage of single-use plastics and plastic bags.

That is not all. Members are involved in a range of related philanthropic activities. Recently, Leighann Beevor – a key committee member in charge of the WITS Facebook page – initiated a large collection of used tennis balls, to ship to a children’s tennis academy in the Philippines. Another member, WITS committee registrar Tanja Tullberg, helps coach soundball students in Singapore. Soundball is tennis for the visually-impaired and Tullberg recently accompanied the Singapore team to Spain for the Soundball World Cup.

END_OF_DOCUMENT_TOKEN_TO_BE_REPLACED

Elite Havens Country Manager for Indonesia, Alan Porteous, came to Bali by way of Vietnam. It was fate, as he tells it, that he ended up on the Island of the Gods.

Alan is passionate about triathlon, and has a sports-minded life philosophy. He believes in achieving the impossible, in pushing his limits and challenging the status quo.

We sat down with him for a tête-à-tête.

Elite Havens: Hi, Alan. Can you tell us a bit about yourself?

Alan Porteous: Sure. I’ve been in Elite Havens for six years and I’ve been in Bali for seven and a half, though I am originally from Australia. I came here for a hotel company and worked in the hotel industry before starting with Elite Havens.

EH: Why did you come to Asia?

AP: I came to Asia because Asia provides far better and more traditional hospitality than much of the rest of the world. The western world has reached a point where labor rates are such that they can’t afford to employ staff and they don’t really focus on the softer aspects of hospitality anymore. Yet Asia continues to provide service and goes above and beyond to offer an exceptional experience to each guest.

I actually worked in hotels in Australia. They were very high-end, uber-luxurious villas, often with open-air, Balinese-styled pavilions. It was a flavour of Asia, and Asian architecture. However, we found it difficult to match Asia’s service levels. It was very challenging in the western world, for a couple of reasons. First, labor rates meant that you were working on very low quantities of staff to try and provide service. Additionally, in a western environment, when people have to perform at a level that’s much higher than the average, it tends to wear them down and their level of friendliness, happiness, job satisfaction is not quite there. As a counter-effect, you don’t get that friendly, loving, caring hospitable service that you can get in Asia.

I first moved to Vietnam, and thereafter moved to Bali. But to be honest, I was meant to come to Bali, I finally felt I belonged. I just took the long way around. 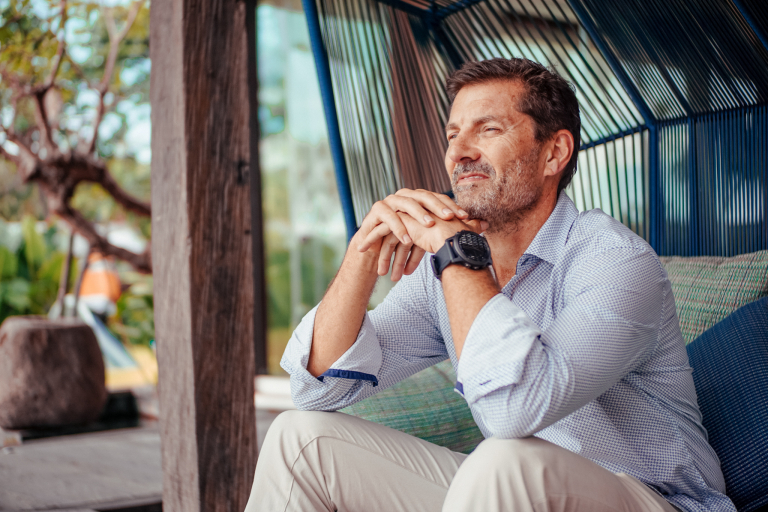 EH: And then you joined Elite Havens in Bali?

AP: Yes, I’d been in Bali for about a year and this opportunity came up.

END_OF_DOCUMENT_TOKEN_TO_BE_REPLACED

Enter Villa Naam Sawan in Phuket and prepare to be transported to a beautiful, modern version of Thailand. Statues of Buddha are perched beneath a multi-pitched roof. The ceiling is strategically filled with lights that shine on large couches, Thai artefacts and a sleek dining table surrounded by stately chairs. Inviting, with a vast amount of space to envelop you – you feel tiny in here – the villa was designed by the world-famous architectural design team of Philippe Starck and Jean-Michel Gathy. 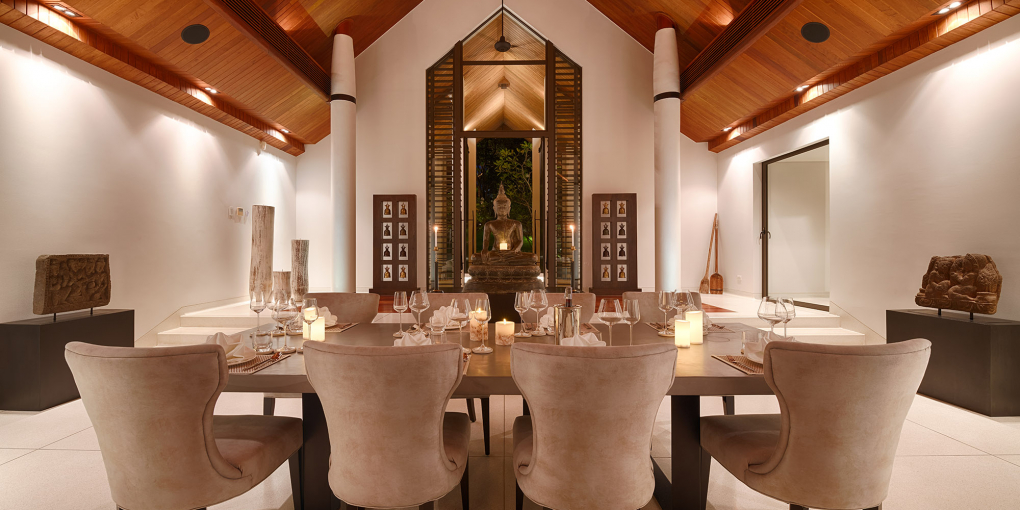 The level below has four luxurious bedrooms. All face the large swimming pool, which looks out onto a private beachfront. You can lose sense of time lounging on any of the large chairs by the pool, or on the bale to the side. This marvelous and spacious villa was made just for that purpose.

We had a quick chat with Villa Naam Sawan’s Villa Manager Wawa about what makes her job special.

Elite Havens: Hi! Can you tell us a bit about yourself?

Wawa Biutiatinoni: My name is Nukhatra Biutiatinoni, but you can call me Wawa. I’m 37 years old. I’ve been the Villa Manager in Villa Naam Sawan for nearly 3 years.

EH: And what did you do before you became a Villa Manager?

WB: I worked with hotels for nearly 10 years within the Front Office function. My roles ranged from that of a Receptionist to Guest Service Supervisor, welcoming new joinees; as an Airport Rep, picking up the guests at the airport and even that of a Butler. 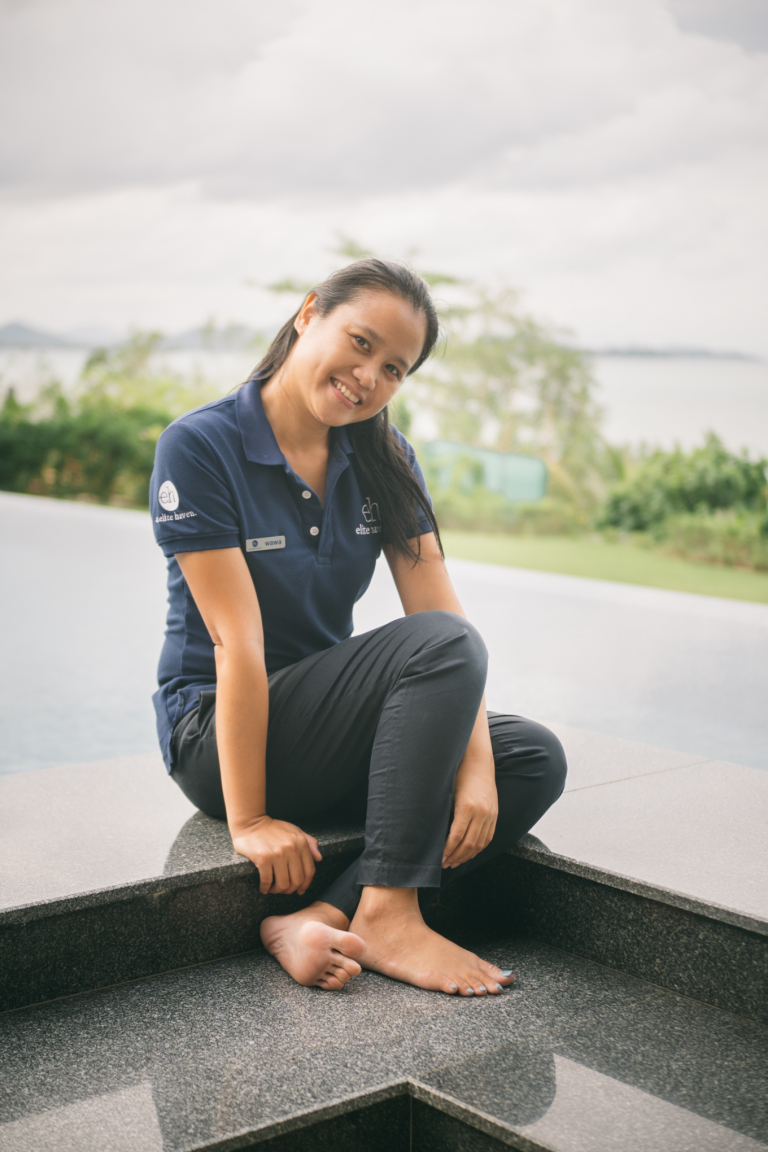 EH: Why did you choose to live in Phuket?

WB: Well, first of all, I love the sea! And the hotel industry is bustling in Phuket. There are many opportunities to work here and you can practice your English. So if someone wants to work in the hotel industry, I recommend Phuket as the place to start your career.

EH: If a guest wants to visit places nearby, what places can you recommend?

END_OF_DOCUMENT_TOKEN_TO_BE_REPLACED

As an actress, model, presenter, singer, comedian and businesswoman, Indonesian Jessica Iskandar is multi-talented and multifaceted. Her businesses include Jedar Cosmetics, Baby El Bakery, Jessica Iskandar Fashion,  and even her own villa, Villa Jedar. 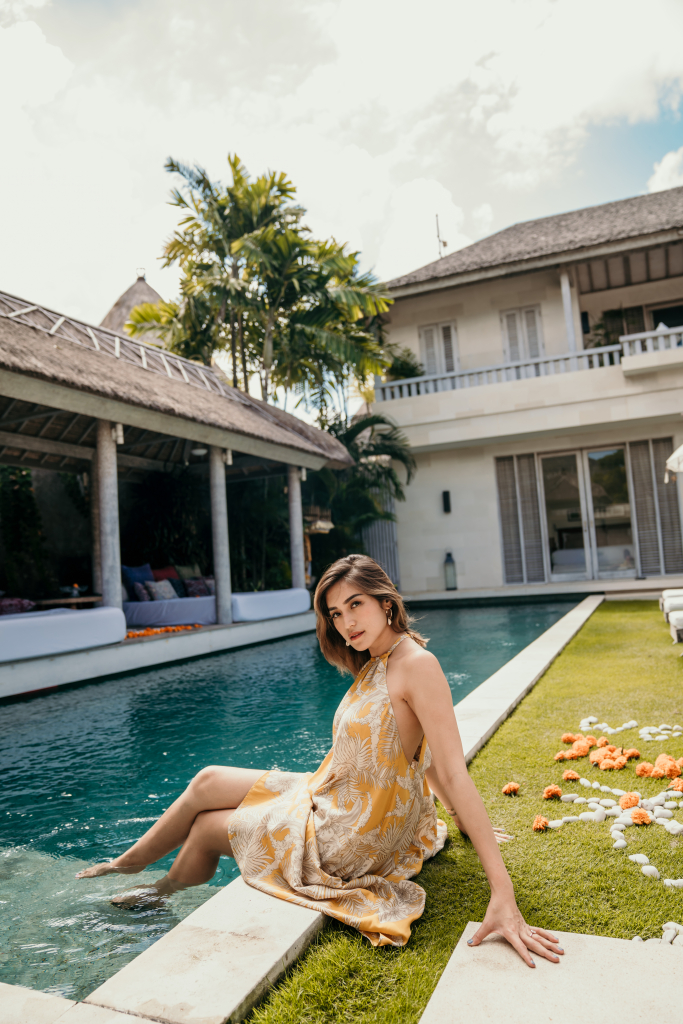 She began her film career in 2005 and has an Instagram following of 18.8 million. In 2012, Jessica was named the Indonesia Earth Hour ambassador and in 2018 she became a guest judge in Asia’s Next Top Model Season 6 in Thailand. She has a young son named El Barack Alexander and is set to wed Australian actor and model Richard Kyle in Bali in April.

We sat down with Jessica for a brief catch-up at an elite haven, Villa Adasa, where she stayed for a few days. 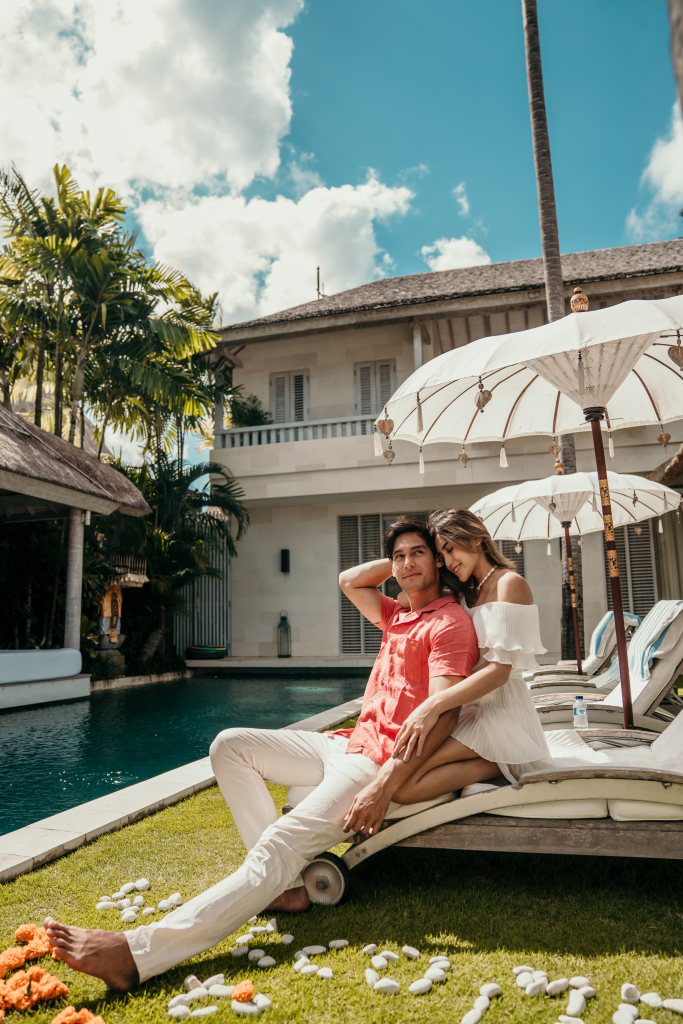 Elite Havens: Hi, Jessica! Congratulations on your engagement party. How was it?

Jessica Iskandar: Thank you! It was one of the best moments of my life! Everyone attended the party, not even one person missed it! Richard was very sweet when he told me his words. We feel blessed that both families are very supportive of our relationship and our engagement.

EH: Will there be a series of events before your wedding day?

JI: We will have an event in Australia with a little party with the family. The bachelor party will be with Elite Havens in Phuket. I’ll gather family and my girls’ squad for a sunset dinner, spa, manicure and pedicure, girls day out and other activities! 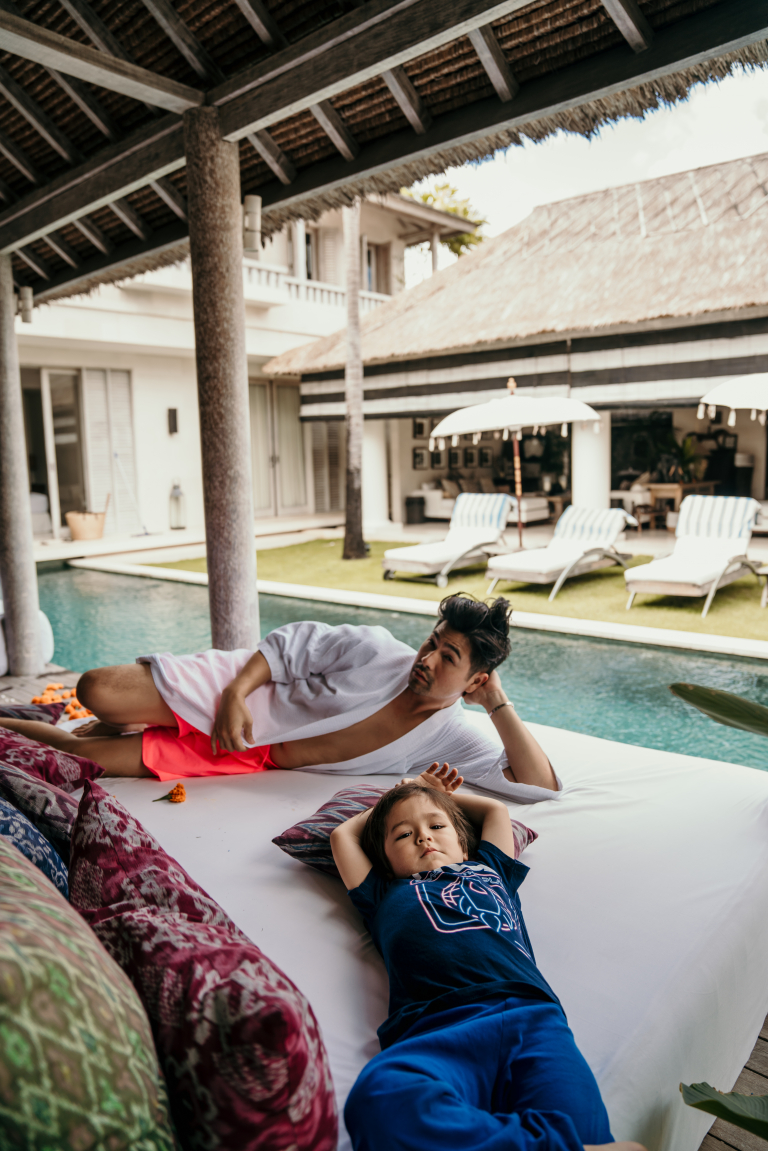 EH: What do you like about staying with Elite Havens?

JI: Elite Havens is your best solution for your holiday. They are like magicians and just make things happen! Just say what you need and it will be in front of your eyes right away! 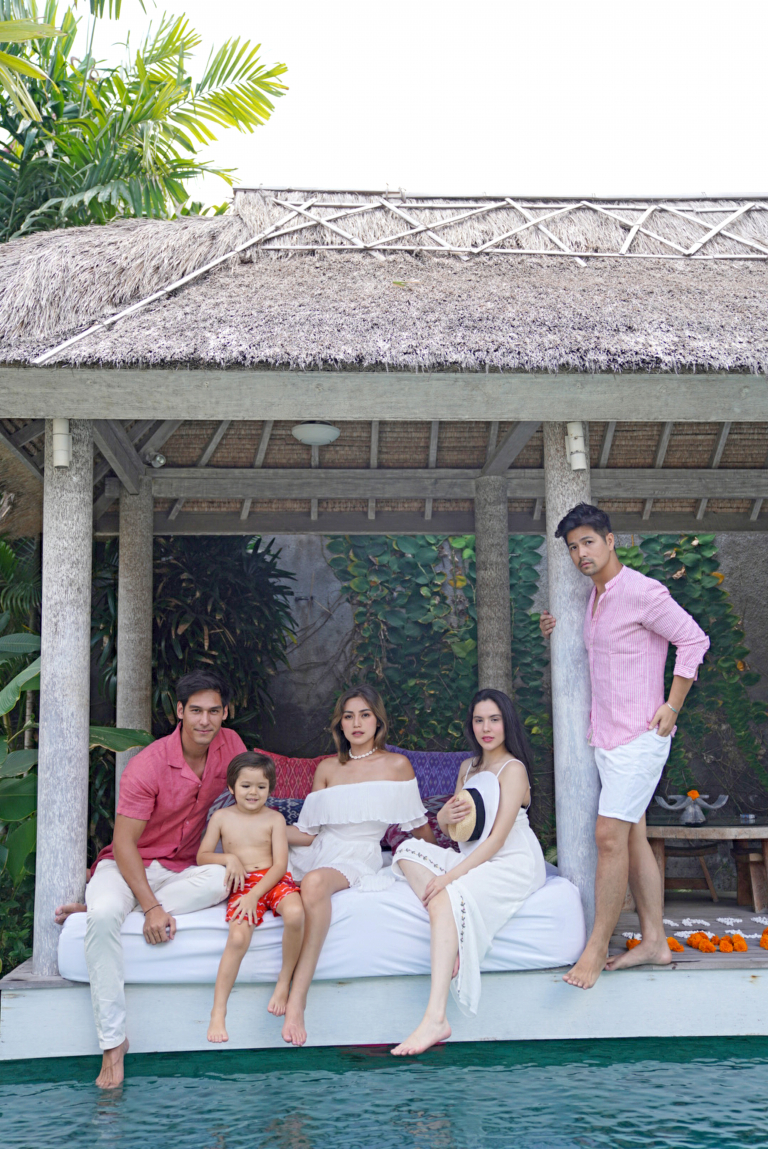 EH: What is your favourite part of Villa Adasa?

JI: The best spot for us is the bale beside the pool. It’s so relaxing to stay there with my family. You can even sleep and gather with your family at the bale in full privacy. The villa is so peaceful and quiet. 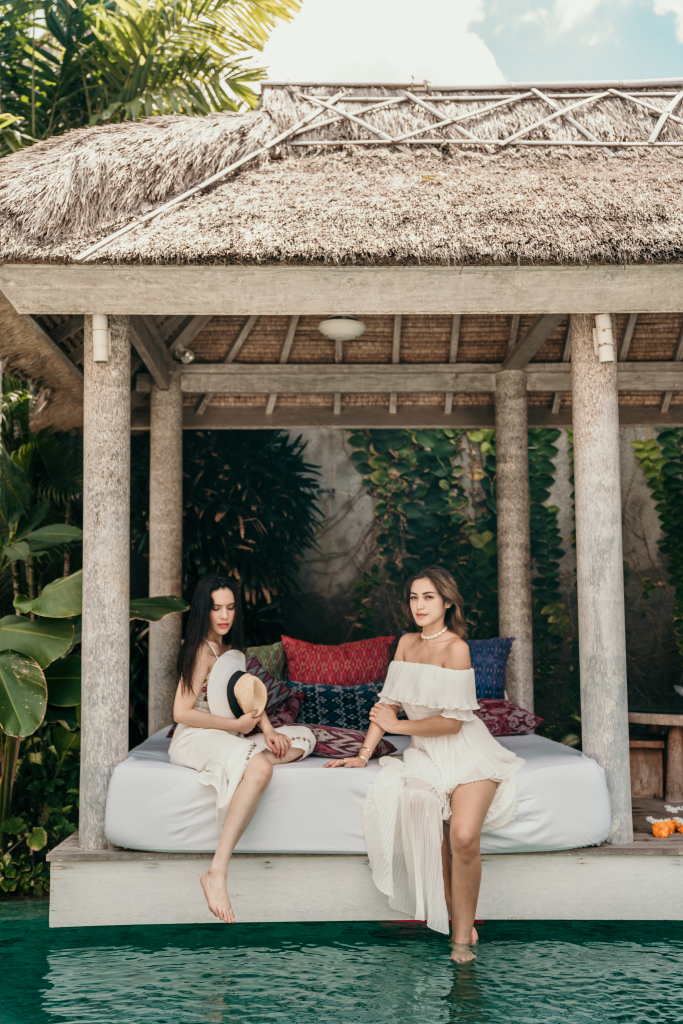 I also love the master bedroom so much.

END_OF_DOCUMENT_TOKEN_TO_BE_REPLACED

Women’s International Tennis Singapore (WITS) is a tennis league where the women play tennis for competitive challenge and social camaraderie. The league began in 2000 with just a handful of members and has grown to over 650 women. WITS has several philanthropic missions, and the women bond over these and their love for the sport. They’ve also spent time together in an Elite Havens villa and we asked some members to describe their stay.

Past WITS President Louise Martin describes herself as “a professional trailing spouse.” Martin has live in 9 countries over the past 25 years. Besides tennis, she loves the gym and reading a book, cup of coffee in hand. Louise has stayed in Arnalaya Beach House, Villa Ramadewa and Villa Sapi. 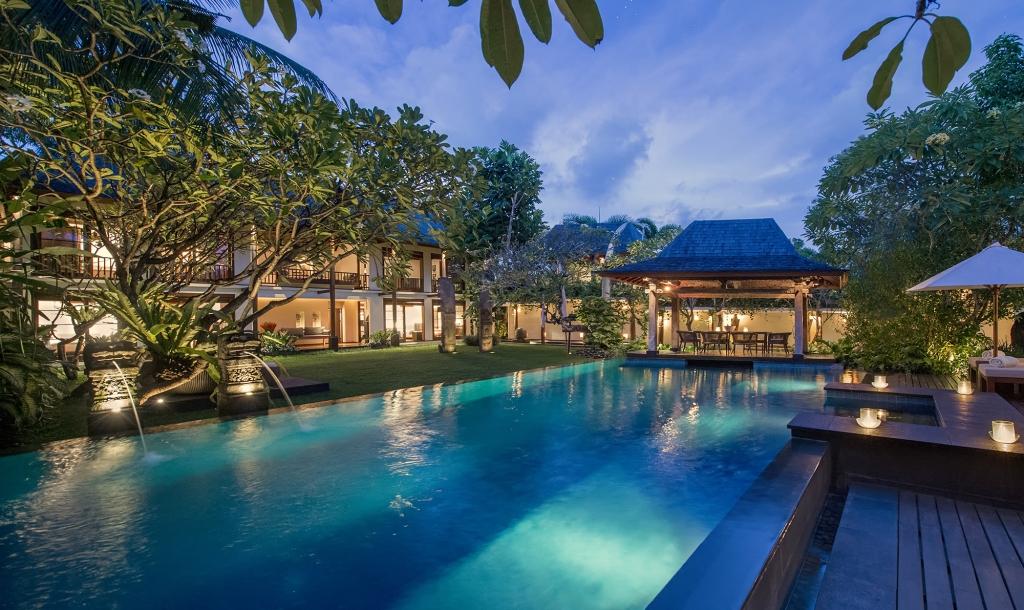 EH: Hi, Louise. When did you have stay in an Elite Havens villa?

LM: I have stayed at 4 different EH villas over the past 5 years.

EH: What did you like best about the villas?

LM: I love the the feeling of total pampering.  Each property is different but similar in the standard it offers it’s visitor – superb!

EH: What did you do at the villas everyday?

LM: There is usually so much to do at the villa – you can sunbath, swim, play tennis (2 out of the 4 villas I stayed at had tennis courts), have massages, practice yoga, eat fabulous food!!!  What ever your heart desires.

EH: How long have you been playing tennis?

LM: I’ve only been playing tennis for the last six years of so.

EH: What do you think of the Elite Havens tennis courts?

LM: On both occasions the courts were excellently maintained and the I even remember flood lights on the one in Lombok.  I would absolutely recommend them to a friend. 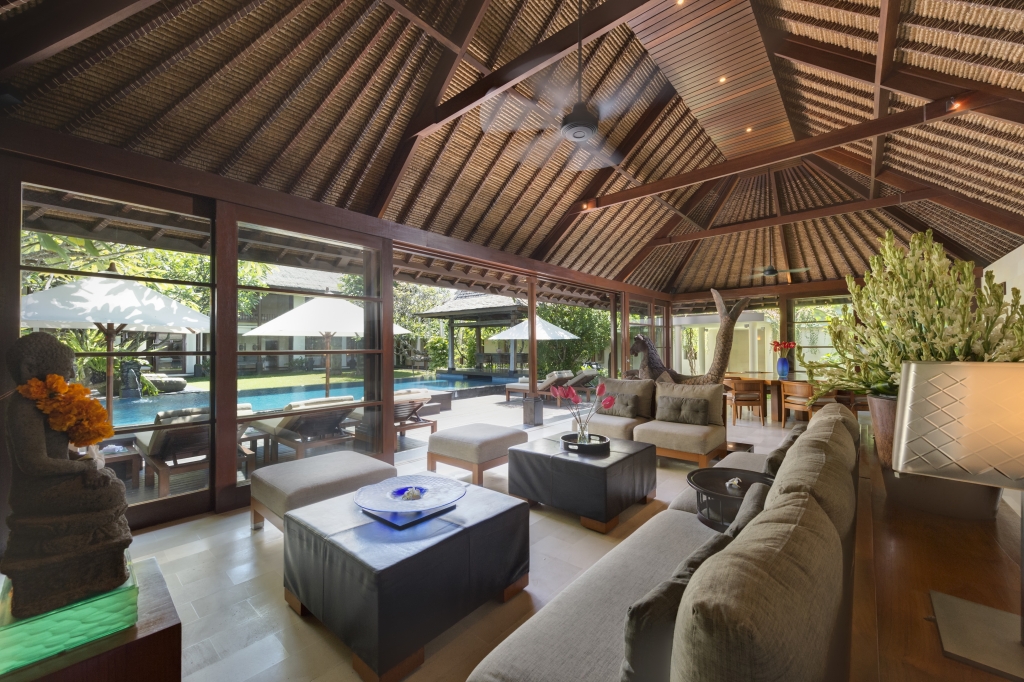 EH: Any anecdotes about your stay you can tell us?

LM: I don’t have a personal one but a friend of mine told me about something that happened to her when she stayed ….

She is a busy mother of 3 young kids.  She and her family were all packed up and in your Elite Havens transport on their way to the airport when she suddenly realised that she had left her brand-new remodelled diamond ring by the sink in their suite!!