Fugu – The Most Thrilling Meal of Your Life

Human beings love to flirt with danger. It gives us an adrenaline rush that we unknowingly crave. This inherent need could possibly explain the popularity of fugu in Japan, a pufferfish that is known to be more poisonous than cyanide.

Famous and notorious in equal parts, fugu has been consumed in Japan and Korea for more than 2500 years, some tracing its consumption back 8000 years. But like everything else, the Japanese take the handling of this fish very seriously and there are strict laws and stringent processes around the preparation of fugu dishes in restaurants. The fish has been banned for consumption many times over the centuries and even now is highly regulated and carefully controlled.

The fish is not inherently toxic. It becomes poisonous by consuming other organisms infested with tetrodotoxin-laden bacteria, to which the fish develops insensitivity over time. This poison is concentrated in some of its organs such as the liver, ovaries, eyes and skin, consumption of which is strictly prohibited. The poison is said to be 200 times deadlier than cyanide, and a small sliver cut by an untrained hand can lead to paralysis, with the victim remaining conscious as he loses movement and eventually the ability to breathe, resulting ultimately in death. There is no known antidote to this poison.

In the region around Hakusan, Ishikawa, the highly toxic fugu ovaries are allowed to be served after a careful pickling process over three years, which is said to reduce the toxin levels. Only licensed chefs in the Mikawa district of Hakusan City, the Ono and Kanaiwa districts of Kanazawa City, and Wajima City (Ishikawa Prefecture) are permitted to perform this three-year long process. It is believed that one year of careful pickling can reduce the toxins level by 90% and after three years, the product has permissible amounts, which are “only sold after having been checked for safety through a toxicity inspection, and other tests.”

Due to the toxicity of fugu, the Government of Japan and many other countries have very strict laws around its preparation. Chefs need to train for nearly three years before they can take the test that checks whether they know how to deal with this pufferfish. The license for its preparation is only given to chefs that pass this test, after written and practical examinations. It is said that only one-third of the applicants pass the test and get the license, so rest assured that when you try a fugu meal crafted by a licensed chef, you are in safe hands.

Chefs usually use a special set of knives to cut fugu, and the knives are not reused for any other preparations. They meticulously carve the fish, carefully removing parts which are inedible and thrown into a locked bin, which is then transferred to the city’s fugu refusal system and thereafter burnt.

The fish itself is said to be slightly chewy and nondescript in terms of a flavour profile. The textures lent to it by preparation techniques and accompaniments lift the dish and create a wholesome meal. It is best served as sashimi, though kitchens have experimented with various preparations such as deep-fried karaage.

Many believe that the reason behind fugu’s popularity is the danger element associated with it. We love living on the edge sometimes, and the calculated risk of a fugu meal (prepared by a licensed chef) makes this the most thrilling meal one could ever have. Imagine the tales you could relive at dinner parties, when you talk about the time you ate a fish that can be far more poisonous than cyanide. It has the same thrill as skydiving or bungee jumping, and you don’t even need a parachute for this one.

You can now experience a fugu meal in the comfort of your own chalet when you stay at an elite haven. Niseko Gourmet offers a Fugu Dinner, prepared in your chalet by licensed chef Abe San. The meal features a myriad of fugu dishes, and helps you appreciate the fish in various forms and textures. The meal is available only in select winter months and is subject to availability. 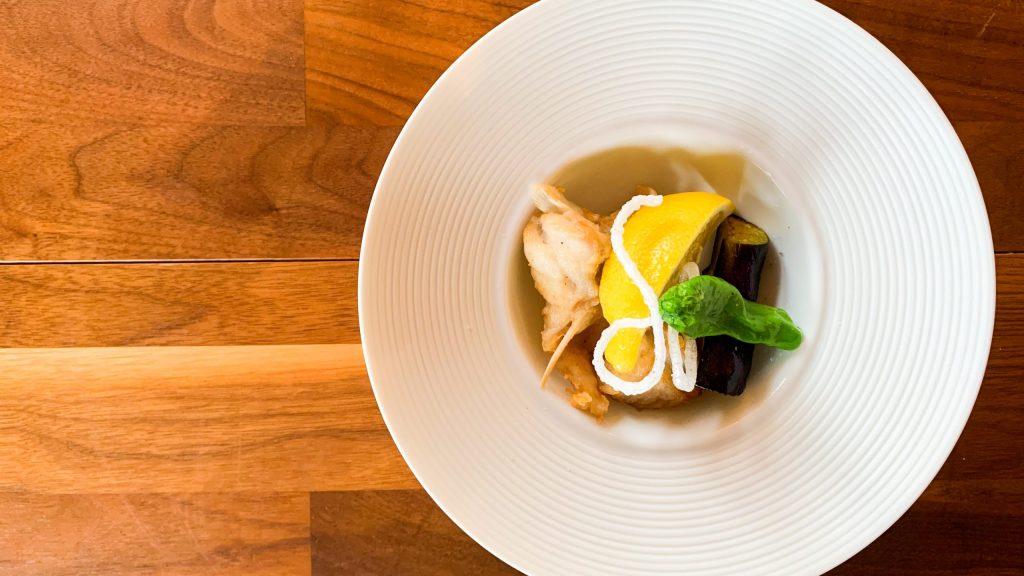 The day you tried Japan’s fugu pufferfish is a tale worthy of retelling at dinner parties for years to come. Treat your taste buds to the most thrilling and delectable meal of your life in the comfort of your own private chalet.