Phuket has long attracted travellers seeking a tropical beach escape, but as Thailand’s largest island with a rich history, dining and marine scene, there’s much more to see and do beyond lazing on the sands. From vibrant nightlife to spectacular seascapes to beautifully restored Old Town streets, an island holiday on Phuket can unwind in some delightfully surprising ways.

But first, the beaches.

Kamala Beach, on the central west coast, is one of Phuket’s quintessential postcard-picture beaches, its soft sands and shallow waters are among the island’s best places for all ages to swim, surf and sunbathe. Hints of its fishing village past remain with traditional long-tail boats gliding across the calm bay, while a string of casual restaurants lining the sands offer seafood barbecues and breezy spots for watching the sun go down.

The smaller Surin Beach is another fine sunset spot, with its beach clubs and seafront restaurants serving up creative cocktails along with the sea views. Hemmed in by two lush headlands, Surin’s fine sands and swaying palm trees add a tropical idyll that invites you to linger, whether indulging in the beach club scene or not. Nearby Laem Singh is a small cove found between Kamala and Surin reached via a steep path, where silken sands and colourful snorkelling sites await.

With its position along an ancient Andaman Sea trading route, Phuket has attracted seafarers for centuries, though these days superyachts and cruise vessels are more likely to be spotted on the horizon than merchant ships. Whether you get there by private yacht charter, or by kayak for venturing deeper into its hidden caves and lagoons, no visit to Phuket is complete without exploring the magnificent Phang Nga Bay with its tall limestone karst islands.

The Similan Island archipelago west of Phuket is a protected marine wonderland for divers and snorkellers, while Racha and Coral Islands are an easy day-trip from Phuket, brimming with sea life for snorkelling and white-sand beaches for relaxing.

Phuket’s interior is looking more urban these days, but discovering its traditional rural side and jungly bits is simply a matter of straying off the island’s main roads. Walk a path through towering bamboo and giant leafy tropical plants of the protected Khao Phra Thaew National Park up to Bang Pae waterfall, or cool down in the stream. Just inside the entrance to the park is the Gibbon Rehabilitation Project, a shelter for gibbons and slow loris primates rescued from poachers. Kids especially will love listening to the gibbons’ haunting calls while watching them playfully swing in their cages.

The island’s lush inland can also be explored by ATV bicycle trips, or even agricultural tours that include demonstrations of rubber tapping and buffalo ploughing. A more action-packed day might include a visit to one of Phuket’s two wakeboarding parks, Anthem Wake Park not far from Surin Beach or Phuket Wake Park between Phuket Town and Patong Beach.

Phuket’s beaches are the island’s showcase attractions but its heart is found in Phuket Town. Wander the streets and find a wet market with heaps of freshly made curry pastes, exotic vegetables and sweet snacks, boutique shops selling antiques and oddities from around Asia, chic cafés, roti pancake shops packed with diners and elaborate Chinese temples that are the staging grounds for Phuket’s weird and wonderful Vegetarian Festival each year. Tuck into a succulent bowl of Hokkien noodles for a few dollars streetside or stop by the Blue Elephant for some royal Thai cuisine in a grandly restored Sino-Portuguese mansion. Each Sunday evening, the historic Old Town area transforms into the bustling Lard Yai walking street market with an enticing choice of local food and crafts.

The island’s spiritual side is best displayed by one of its oldest Buddhist temples, Wat Chalong. In recent years this 200-year-old temple has added a tall chedi tower, its golden spires glistening in the tropical sun. Nearby is the Big Buddha temple, sitting atop one of the highest hills of Phuket that can be seen from several miles away. The views stretching across south Phuket and the sea from here are as breathtaking as the serenely smiling 45-metre tall statue of white marble.

As for the nightlife, the a-go-go scene on Patong Beach has given Phuket a bit of a naughty reputation, but this is only a small slice of the action after dark. Catch Beach Club on Surin Beach puts on much-talked-about parties throughout the year, while nearby Palm Seafood blends a designer lounge setting with warm service, killer cocktails including pitchers of lychee and ginger mojitos, and fab views across Bang Tao Beach. Just up the road from here is Benny’s Bar & Grill, with more classic cocktails and an inviting art-deco ambiance, while the Supper Club, also in the Bang Tao area, is a convivial place with a hearty selection of wines and the occasional celebrity drop-in keeping things interesting.

Even Patong offers some more refined nightspots, with cliffside bars including Joe’s Downstairs featuring tasteful settings and sunsets while nightclubs such as Seduction have elaborate light and sound systems with the occasional international DJ event. Phuket Town is home to some surprisingly sophisticated bars including the Brasserie with Belgian beers and oysters and the offbeat Kajoksee, a legendary place where evenings start out with a delicious Thai meal and end with diners and staff alike dancing on the tabletops. 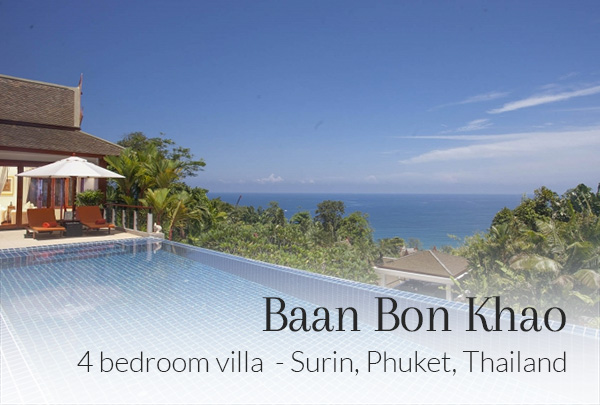 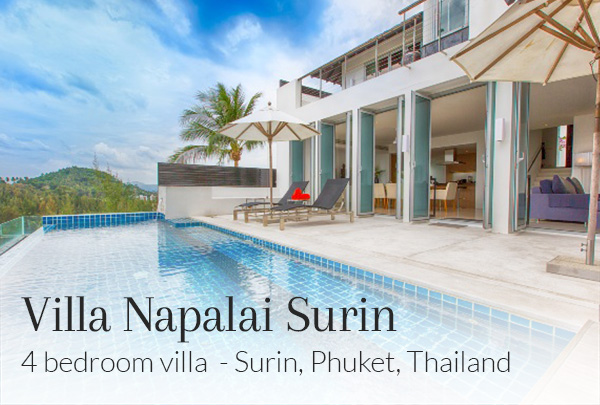 A freelance writer from Canada, Lana decided to give tropical island life a try in Phuket in 1999, where she's lived ever since. She writes about a broad range of topics from sea gypsies to seaside villas with a focus on Phuket and the Andaman region.

Welcome to New Year’s Eve in Bali, when the ...

A world-class destination famous for its ...

Besides its rich culture and art which sets Bali apart ...