Why Winter in Hokkaido Is Culinary Heaven

Every prefecture, actually every town in every prefecture of Japan, has its own special culinary culture. Whether it’s a dish the area’s known for or a type of produce that’s done in a thousand special ways, eating throughout Japan is a lesson in culinary excellence and incredible diversity. In Hokkaido, the situation is no different; in fact, the area’s snow heavy winters and temperate climate make it a food lover’s fantasy land. Here are some highlights.

Oysters: Hokkaido is known as one of the nation’s top destinations for seafood, and when it comes to oysters, that fact definitely rings true. In winter, in one of the prefecture’s northernmost corners, Lake Saroma is where you’ll find some of the nation’s most excellent oysters. These oysters are so delicious thanks to the area’s abundant natural gifts like the mixture of nutrient-rich seawater and fresh mountain water, which is known as a brackish lake and is where these incredible oysters grow. If you’re ever in Hokkaido between December and January and you see Lake Saroma oysters, don’t miss the opportunity to try them! 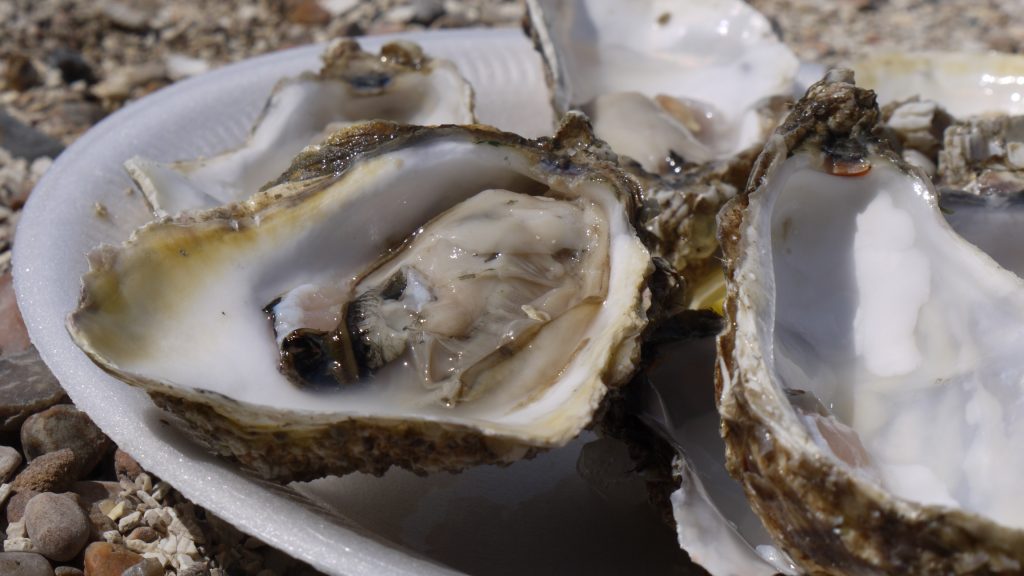 Curry soup: A different but somewhat familiar variation of Japanese curry, a much loved traditional local comfort-food curry, Hokkaido’s soup curry takes the nation’s love of the slightly spicy stuff to a whole new level. It’s, as the name suggests, a lighter, curry-flavoured soup rich with spices and vegetables as well as typically tender chicken. What makes this hybrid dish so delicious is the use of Hokkaido’s mouth-watering local produce. In terms of culinary history, the soup curry is a recent addition to the scene, appearing around the 1960-70s. While although young, once you taste it, you’ll understand just why it’s become a staple. 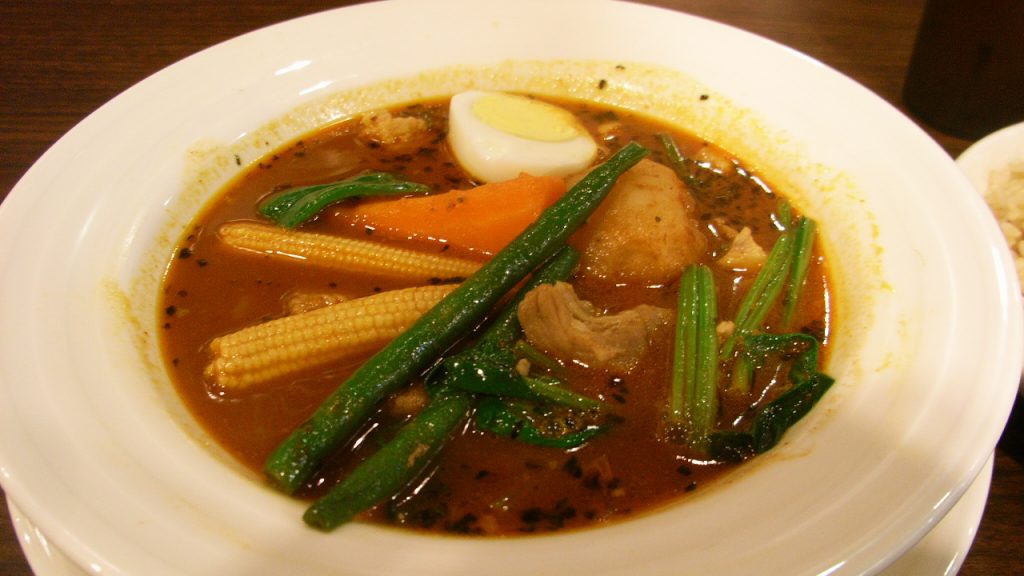 Snow potatoes: The harsh, snow heavy, unforgiving winters are both respected and feared in Hokkaido, but one thing is for certain, and that’s that they bring with them some incredible produce. If you ever get a chance to try Niseko’s snow-grown potatoes, don’t miss it. Stored under the snow at subzero temperatures, the enzymes that work at low temperatures bring out the natural sugar content in the potatoes from this region, making them sweeter and more flavorful than the ones you’re typically used to. 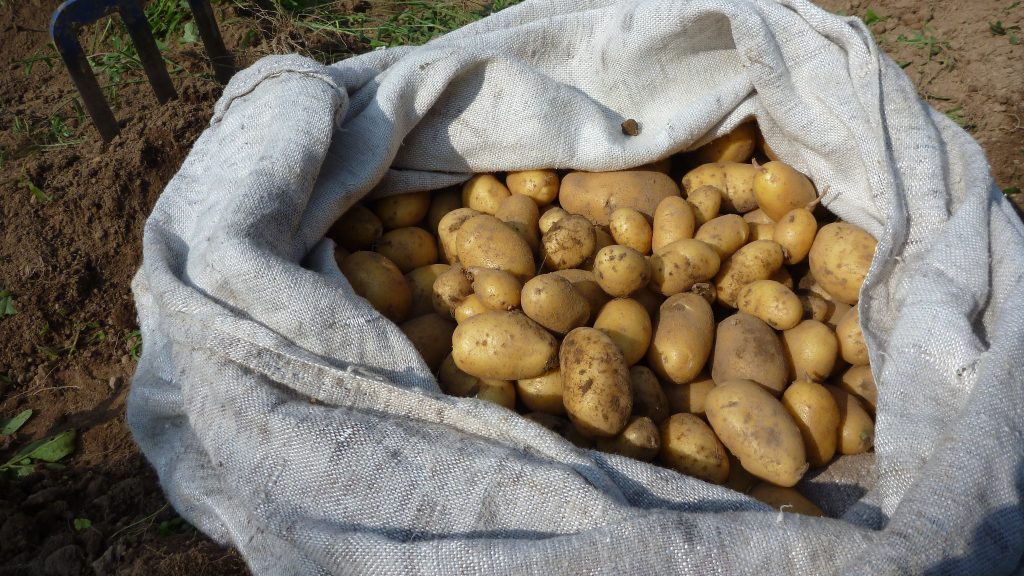 Nikka Whiskey: Although best enjoyed cold, it’s fair to say there aren’t many drinks that warm you up on a cold winter evening quite like a strong whiskey, and Hokkaido is home to one of the most loved whiskey breweries in Japan. The Nikka brand was born in the early 1900s after Japanese Masataka Taketsuru returned to Japan from Scotland, having learned how to make this iconic drink. Masataka chose Yoichi, Hokkaido, as the ideal destination for brewing as its crisp winter air, cool year-long climate, and pure water sources rivalled that of Scotland. Today the brand has a number of different blends under its belt as well as a gin and vodka line, but still, the original is the best.

Hokkaido crab: Also known as the ‘horsehair crab,’ Hokkaido’s kegani crab is the epitome of seafood excellence. This succulent crab is smaller than many of the others out there, but its compact size means it packs a punch in the flavour department. Many consider it to be denser, more flavourful, and tastier than other variations. They’re best enjoyed in spring and winter. Another popular winter crab is the zuwaigani, aka the ‘snow crab.’ It’s most often found on Japan’s east coast, including Hokkaido, and its flesh is rich with sweet and savoury umami notes. 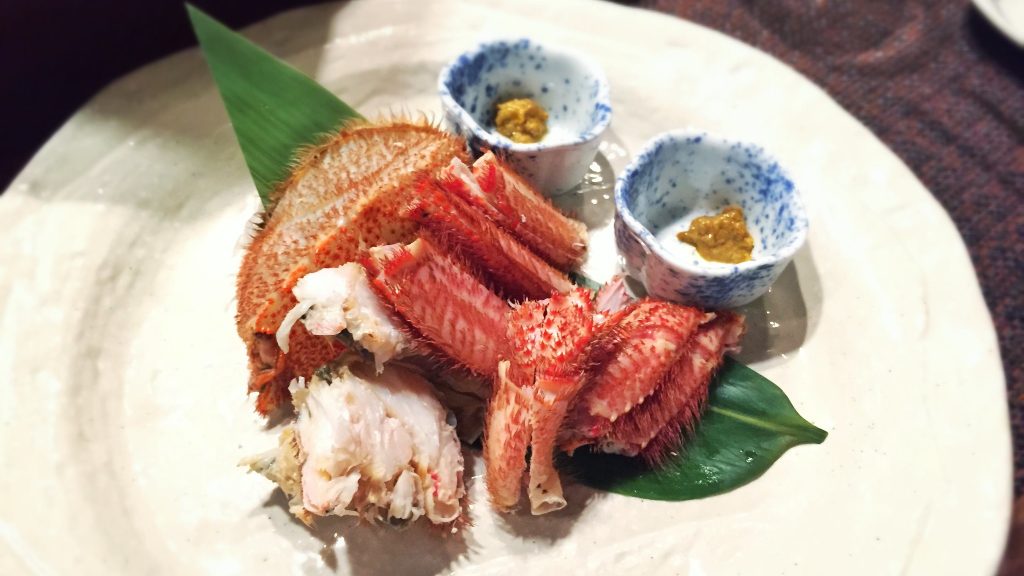 Miso ramen: While you can get it all over the place, miso ramen is regarded as being a staple of Hokkaido, the prefecture that loves strong, rich ramens that’ll keep you warm all winter long. Also often known as ‘Sapporo’ miso ramen, this deep flavourful soup often features corn and sometimes butter as an ever so lavish additional topping and often features bean shoots and a generous slice of pork. One of the best places to try the stuff is Sapporo’s ramen alley, ‘Ganso Ramen Yokocho.’

Indulge your taste buds in a gastronomic affair like no other and cap off your culinary journey on a high note by escaping to your own private chalet for a fabulous and safe stay.