Which is Hotter: Bali’s Climate or These Dutch Models?

Given the choice to suffer cold weather in Europe or bask in the tropics, famous Dutch footballer Thyson Thijs Bouma and model/photographer Ruben Visser ‘t Hooft opted for an escape to a climate almost as hot as them.

Thijs is known for his Club Football career with FC Twente, VFL Osnabrück, Almere City and De Graafschap, but after breaking his leg in 2015, he decided to see what else the world has to offer. Hello, modelling! 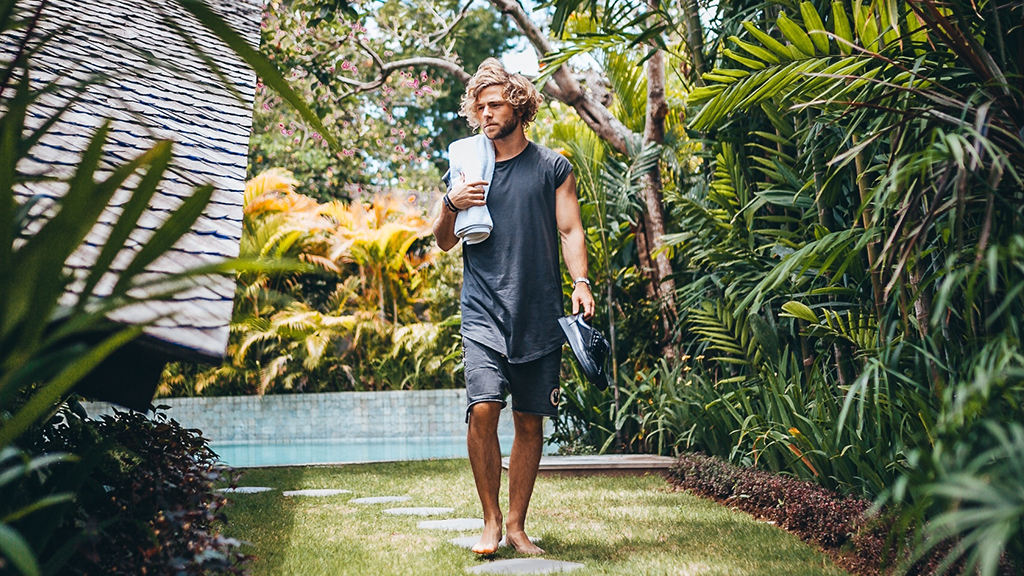 Fast-forward to November 2017 and this hottie still looks like an avid athlete. We caught up with him at The Layar Designer Villas & Spa in Seminyak, Bali.

Elite Havens: What do you like the most about Bali?

Thijs: I really liked the food and smoothies (fresh and a lot of herbs), the amazing spots for photography and video content, that everybody is very kind and really wants to help you, the spas and a lovely mix between busy places and relaxed beautiful nature!

Elite Havens: What about The Layar? What do you like the most?

Thijs: That everything is open, almost fully outside. The living room, the Jacuzzi, the kitchen. I really liked that. We don’t have that in Holland (too cold ❄). The other things I liked were: every room has its own bathroom + Jacuzzi. It’s very modern and the pool was amazing. We liked the service every morning and it was really quiet!

If you think one Jacuzzi is enough, it isn’t. We have another one.

Elite Havens: Who do you predict to win the 2018 FIFA World Cup in Russia?

Thijs: Other countries like Germany, Spain, Belgium are having so much quality. Holland can’t compete with them at the moment!

Elite Havens: What’s next for you?

Thijs: Since I was 16 years old I signed my first professional contract. From that moment I wasn’t allowed to do extreme sports or sports with risks any more. So now I have the time and no contract anymore, I would like to go first to the mountains to do snowboarding! After that, I would like to go to LA for some weeks and do a Eurotrip.

Travelling with him is brunette babe Ruben Visser ‘t Hooft, who made a vlog tour of their private pool villa.

See more of The Layar here.