Have you ever been to Japan during the festive season? Once you go beyond the tinsel decorated surface, you’ll find that Christmas here is far-cry from its western origins. The differences are largely because most of the Japanese population aren’t Christian. Thus, the way the holiday is celebrated here is removed from its religious roots. And though it may not be what you’re used to, it’s still a whole lot of festive fun.

Christmas in Japan is an excellent time to be in the country. Here are some of our favourite Christmas traditions in Japan:

Japan’s seasonal love affair with the colonel is the stuff of legends. The idea of lining up in the cold on Christmas eve at your local KFC franchise may sound bizarre. Yet, it remains a much-loved, widely followed Japanese tradition. It all started with a clever marketing campaign back in 1974 because turkey was near impossible to find in Japan. Legend has it that when the nation’s foreign Christian population realised they would not be able to celebrate Christmas with turkey, they opted for the next best thing they could find easily – fried chicken.

KFC’s executives took notice and launched a Christmas campaign targeted at locals and foreigners alike. The slogan ‘kurisumasu ni wa kentakkii!’ or ‘Kentucky for Christmas!’ caught on. Now, over four decades later, it’s gone from a marketing campaign to a full fledged tradition. The fact that Colonel Sanders looks like he could be Santa’s brother probably doesn’t hurt the image either.

Annually, Christmas marks the busiest day on the KFC calendar. You will find queues lasting as long as two hours. In fact, some meal sets are so popular that they must be pre-ordered in advance. It’s not cheap either. For context, the standard party box, which has eight chicken pieces, a shrimp gratin, and a triple berry tiramisu cake, is ¥4,000 (roughly $40 USD). 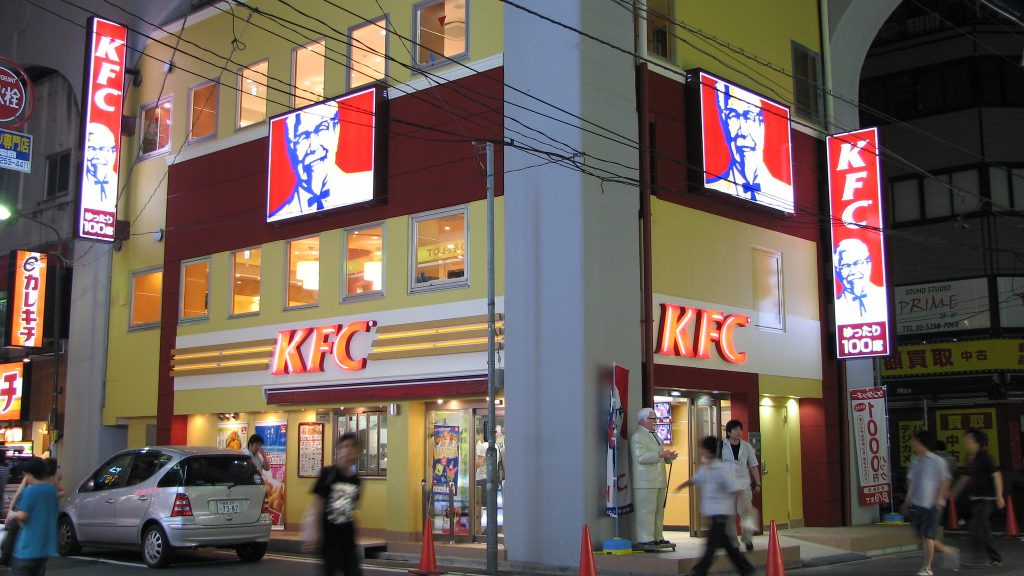 During the tail end of the year, when it’s getting cold and you’re ready to hibernate, Japan puts on some of the most spectacular public light shows, all free of charge. It’s Christmas lights taken to the nth degree. But expect less Santa’s workshop and more sci-fi fantasy.

Filling the streets across the nation with magic are meticulously-curated LED displays, impressive enough to draw you out into the freezing cold. They’re an unofficial Christmas tradition and incredibly popular with young loved-up couples. Arguably, the most impressive ones you’ll find are in Tokyo’s more popular and upmarket neighbourhoods like Roppongi, Shibuya, and Shinjuku. 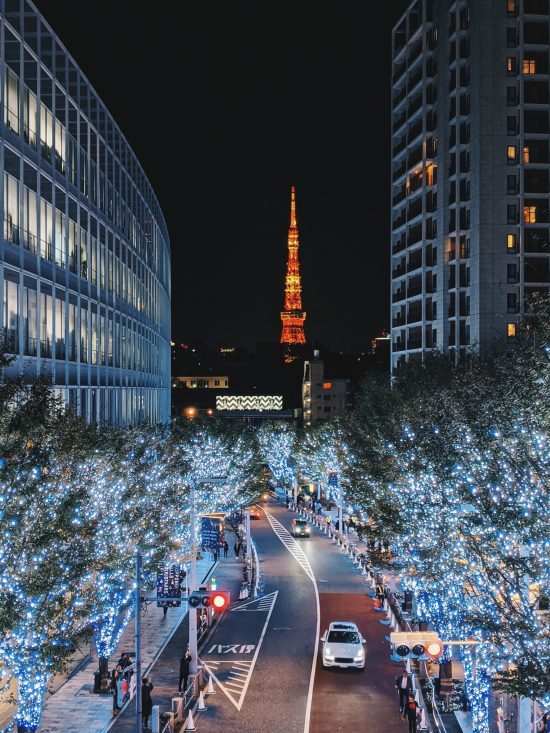 As well as being the unofficial day of KFC, Christmas-eve has also been designated – unofficially again, but widely adhered to – as the most romantic day of the year. It’s essentially Valentine’s Day, but with extra seasonal cheer.

Try booking at a fancy restaurant on Christmas eve, it is essentially impossible. Hotels and restaurants are booked out months in advance in celebration of this special day. It’s also an incredibly popular time to promise marriage. Supposedly the pressure to find that special someone for the holiday is so strong that many younger folks go on the hunt for a boyfriend or girlfriend in the weeks before Christmas, just so they can have someone to go on a date with.

When you think of ‘Christmas cake,’ the first image that comes to mind is the dense, rich cake stuffed with dried fruits, berries, and drenched in brandy and custard. But as you may have guessed by now, in Japan, they do things a differently.

As the festival season approaches, you’ll find bakeries and department stores advertising a cake that looks a little different from what we’re used to. Japanese Christmas cakes are lush, strawberry shortcakes, complete with a light sponge for the body, and soft, fluffy whipped cream as icing. Red, ripe strawberries adorn the top.

The first reported appearance of the Christmas cake in Japan was in 1910. This was when Fujiya, a European-style pastry shop in Yokohama, advertised a more western incarnation of the cake, with a rich, liqueur-soaked fruitcake base. Local bakers, however, considered the classic brown of the cake to be too ugly, so they decorated it with snow-white royal icing, complete with little Christmas trees, and later strawberries when the country started farming them so they could grow in the winter. 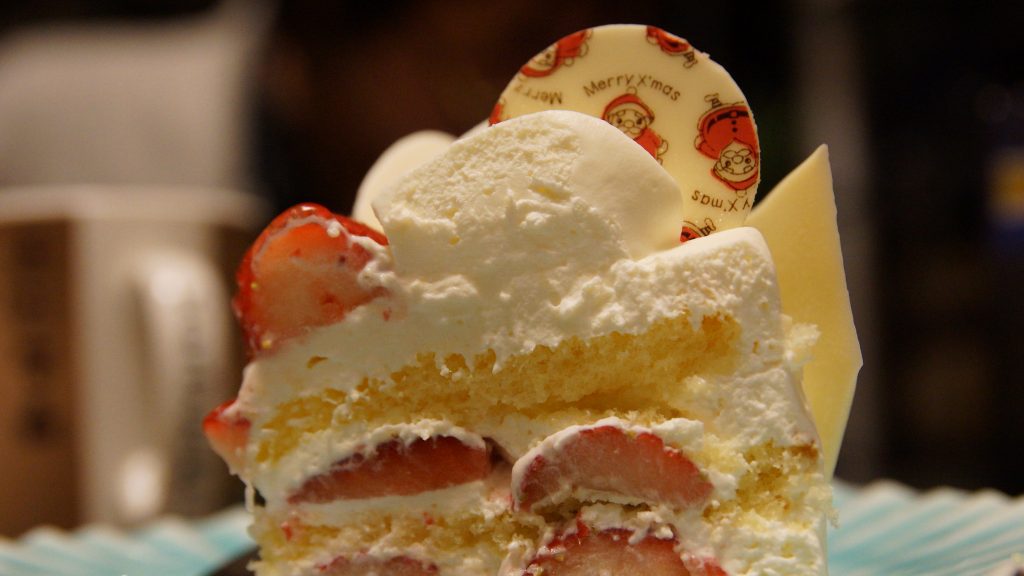 Lift your holiday spirits and rediscover Christmas when in Japan. End your experience on a high note by retreating to the comfort of your own private chalet.