Dating back hundreds of years, Thai Boxing or Muay Thai- The Art of Eight Limbs, is a close-combat, self-defence martial art incorporating the eight ‘weapons’ of the human body: fists, knees, elbows and feet.

Over the past 20 years, Muay Thai has swept across the world, not only as a professional fighting style but also as part of many fitness programmes. The popularity of martial arts has been one of the driving factors in Muay Thai’s appeal, besides the influence of cinema, especially internationally successful films such as ‘Kickboxer’ starring Jean-Claude Van Damme.

All Muay Thai fights start with the ‘Wai Kru’ and ‘Ram Muay’, very important parts of the sport. Wai Kru is a ritual performed before each fight during which a fighter will circle the ring three times and then bow down in the middle of the ring to ask protection for him or herself and the other fighter, and for an honourable fight. The fighters will then perform the Ram Muay, which is a personal ritual, in which each fighter demonstrates his or her prowess to the audience and the opponent.

Music is another essential part of a Muay Thai fight, with drums, flutes and cymbals all adding to the excitement, drama and spectacle of the fight.

Before padded gloves and boxing rings came into the sport, Muay Thai fighters would wrap their hands in cotton or rope and fights would take place on the ground, with a rope laid out in a circle to mark the ring’s boundaries.

Muay Thai fighters are accomplished athletes, following a training programme that has not really changed over the years. That said, today’s competitors are more likely to practice their kicks on a heavy bag rather than a banana tree trunk (although there are some Muay Thai gyms that still use the old training methods).

Fighters’ training is brutal. They start at 6 am every morning with a run of between four and eight kilometres. Then it’s back to the gym for the morning session, which mainly consists of cardio and shadow boxing. That’s followed by breakfast and rest before the late morning session of jump rope, more shadow boxing, pad work with the trainer, heavy bag work, 5 – 10 rounds of sparring and then abdominal work.

Most fighters will rest during the afternoon in preparation for the evening training session, which follows the same pattern as the late morning session, but with the addition of some clinch sparring. Then it’s off to sleep before starting all over again the next day.

Although this is the training schedule for a professional fighter, you can see why Muay Thai has become so popular with fitness fanatics. There are gyms all over Thailand offering tourists and locals a chance to train in Muay Thai as part of their fitness goals. These group sessions are normally just for a morning or afternoon, but they closely follow a professional fighter’s routine.

Muay Thai has lost none of its attractiveness in Thailand and during televised fight broadcasts you will see people huddled around TV screens to watch.

There are gyms all over Thailand, some still using the old teaching methods and some more modern gyms. It’s a fantastic sport, yes its brutal to fight and in some cases train, but the health benefits speak for themselves, and the culture and traditions are still going strong some 700 years later. 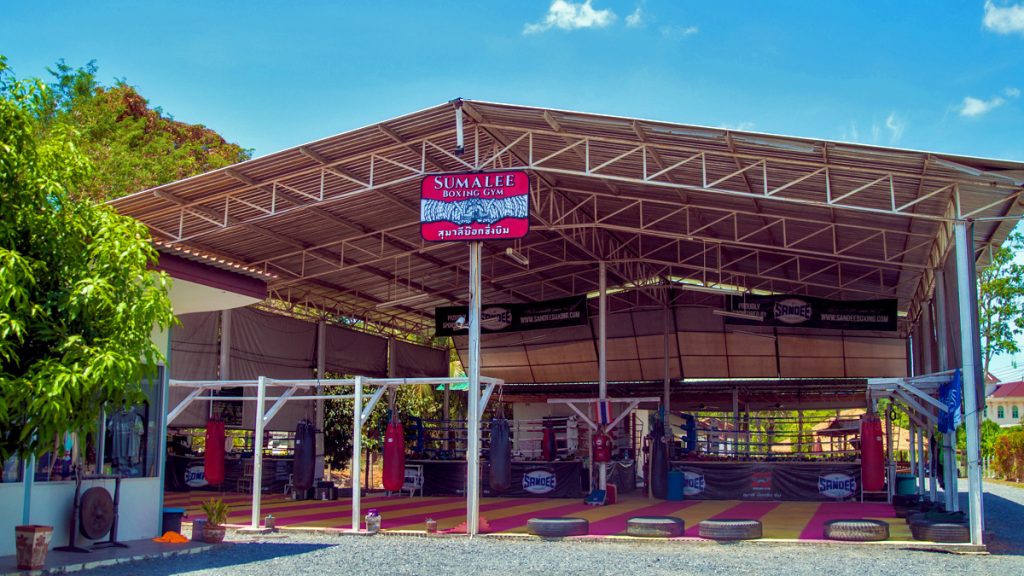 Try the Sumalee boxing gym in Phuket for Muay Thai courses at all levels.

Learn more about Muay Thai in Thailand, where the best way to experience its astonishing natural beauty and welcoming culture is by staying in a luxury private villa.