Sri Lanka Travel – All You Need to Know

Thinking of booking a family villa stay in Sri Lanka? Here’s what you need to know about travelling to this magically diverse island in the Indian Ocean. 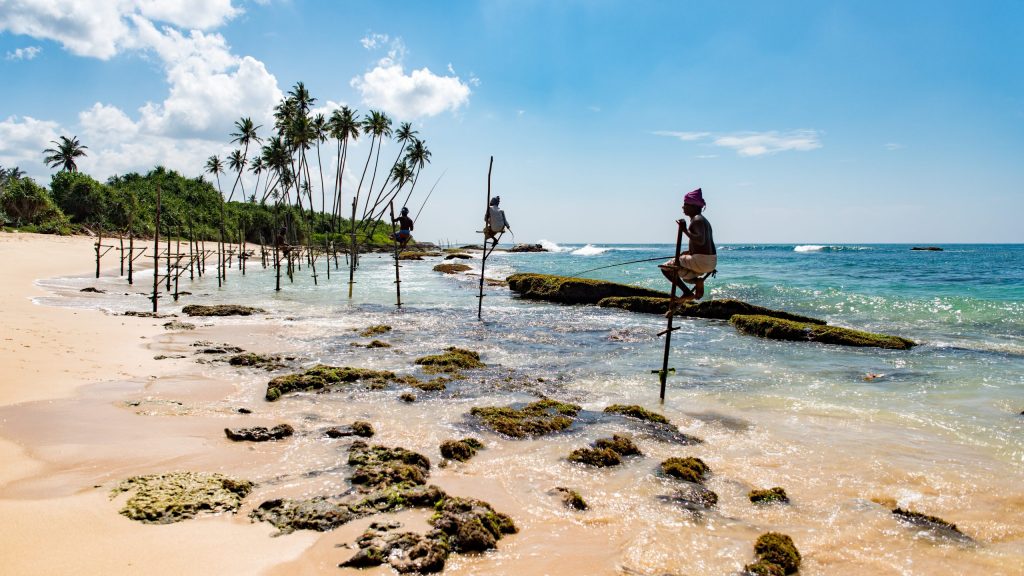 Photo by Daniel Klein on Unsplash

Sri Lanka’s climate is tropical and affected by two monsoons. Between November and April, the south and west coasts and hill country are generally dry and sunny whilst the Maha monsoon brings rain to the north and east coasts and Cultural Triangle. The Yala monsoon conversely affects the south and west coasts between May and October, offering a mix of sunshine and showers, whilst fine weather and calm seas dominate the north and east.

The temperature across Sri Lanka remains around 28-32 degrees for much of the year with a high degree of humidity (sometimes as much as 90% before the monsoon) in the lusher south-westerly regions. The mercury in the high-altitude hills can drop to single figures at night. Despite its terminology, the monsoon season rarely incurs full days of rain – rather the weather is quick to change. Dramatic monsoonal showers typically break out in the afternoons or evenings and usually last an hour or two before the sun breaks out again. As such, some of the best deals are to be had by travelling in this so-called ‘low season’. 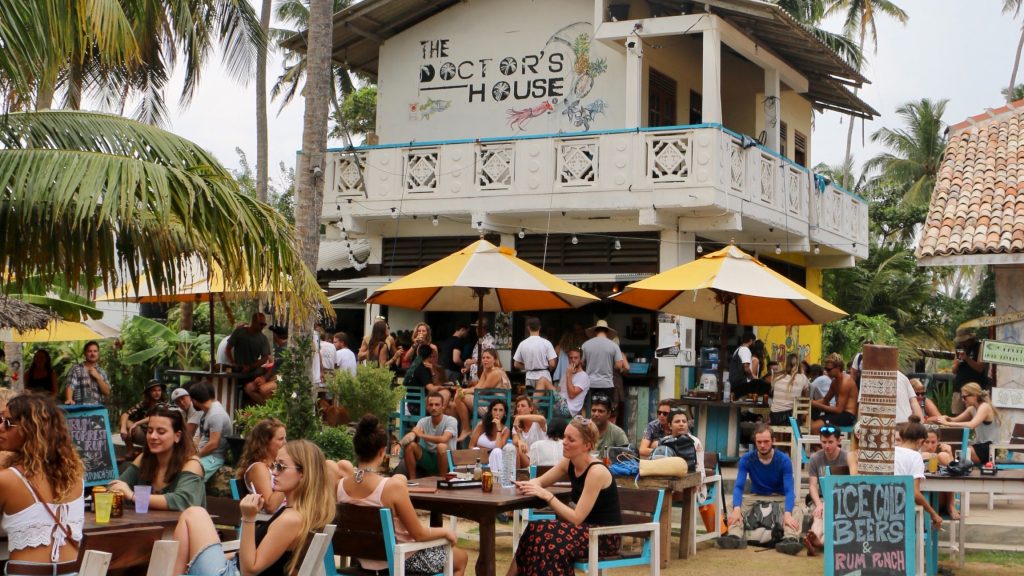 Photo by Petr Sevcovic on Unsplash

The currency across the island is the Sri Lankan Rupee (LKR) although many hotels display their rates in US dollars, which is often the island’s preferred foreign currency. ATMs are widespread across the island and all major currencies and traveller’s checks can be exchanged in Sri Lanka, as well as at authorised currency exchange counters in banks. Credit cards are accepted in up-market stores, hotels and restaurants, but beyond that most transactions (including tuk-tuk and taxi fares) are cash-based. Having notes in a various range of denominations handy is useful. 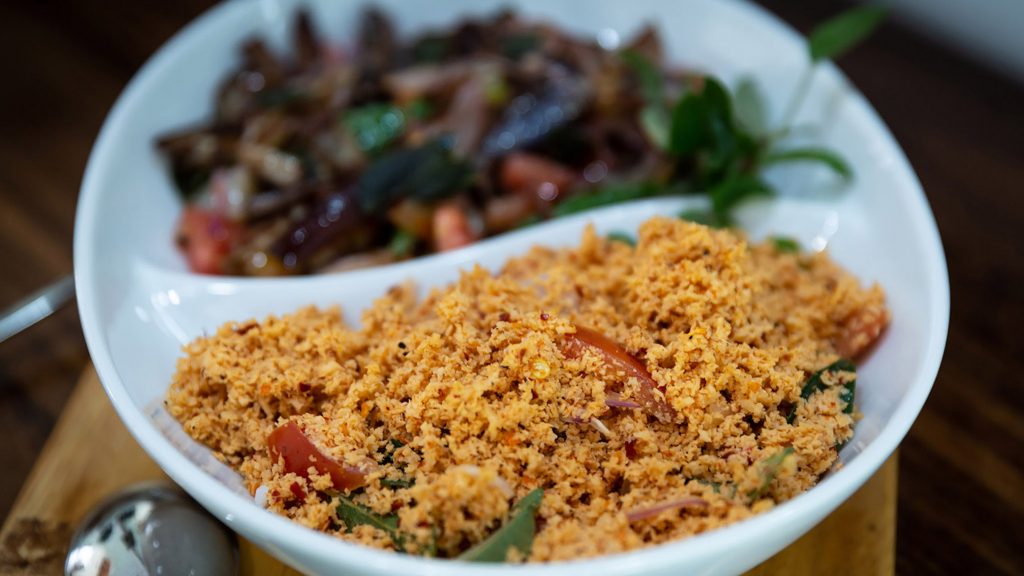 Scrumptious cuisine at No. 39 Galle Fort

The island has a unique culinary heritage. You will enjoy various curries with rice when you eat here. A collection of aromatic curries cooked in coconut milk infused with curry leaves and local spices may be served. Some of these may be vegetarian or non-vegetarian. Dal (lentil) curry usually makes a welcome appearance at all mealtimes, whilst coconut- or onion-based sambols (chutneys which are often very hot) and sweet pickles are other common accompaniments. Sri Lankan cuisine can be hot, almost on a par with Thai food with which it shares a liberal use of coconut and a tradition of using freshly ground pastes – garlic, ginger, onion and green chilli – as a base for preparing curries. Owing to Sri Lanka’s extensive coastline, seafood and fish are abundant. 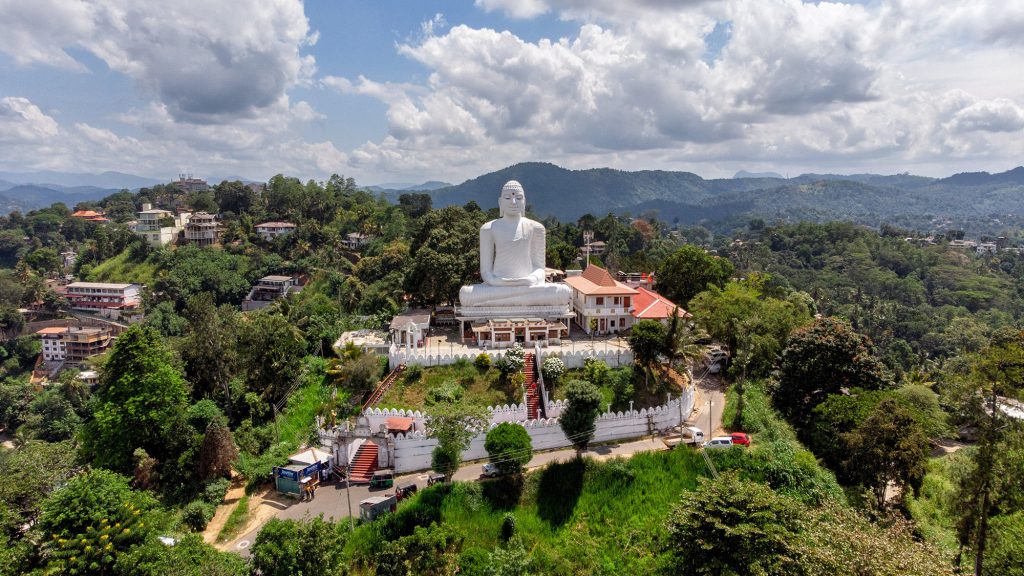 Photo by Yves Alarie on Unsplash

Sri Lanka is multi-religious. The vast majority – over 70 percent – are Buddhists who live alongside sizeable populations of Hindus, Muslims and Christians. Religion plays a major role in the daily life of the Sri Lankans irrespective of their religion, and many regularly practise their faith at home. Devotees of these four religions often live close together (the 52-hectare Galle Fort is home to churches, a Buddhist temple and a mosque). Major local events, such as the opening of a local school, are usually attended by representatives of each faith in that particular area. Every full moon day in Sri Lanka (poya) is a religious holiday with alcohol and meat forbidden from sale. 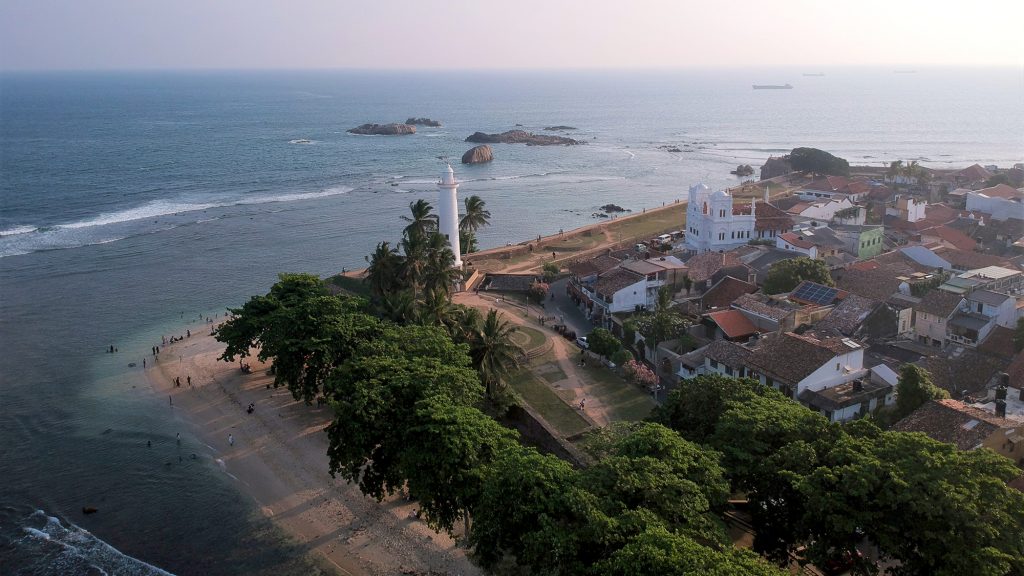 Photo by Oliver Frsh on Unsplash

Sri Lanka is located in the Indian Ocean, 32 kilometres south-east of India. Teardrop-shaped, the island is over 65,000 square kilometres in extent – slightly smaller than Ireland and twice the size of Belgium. Sri Lanka’s coastline stretches for 1,340 kilometres yet the island is home to a great diversity of topographical features including dry arid plains, lush rainforests, lofty mountains, meandering lakes, rolling hills and thick scrub jungle.

The island’s most famous mountain is Adam’s Peak or Sri Pada (2,243 metres), a revered pilgrimage site for three of the island’s four religions, however the country’s highest peak is Mount Pidurutalagala (2,524 metres). Natural resources include graphite, limestone, gems (including sapphires and moonstone), phosphates and hydropower.

For short-term travellers, the recommended vaccines include cover against childhood diseases (tetanus, diphtheria, polio, MMR) as well as cover against the water and foodborne diseases, typhoid and hepatitis A. Sri Lanka is malaria-free, however there is a small risk of dengue fever in Sri Lanka, transmitted by mosquitoes, especially during or after periods of heavy rain. It’s a predominantly urban disease with higher incidences in Colombo than anywhere else. Dengue mosquitoes usually bite during the day, and symptoms, occurring days after a bite, include a sudden high fever accompanied by chills, headache, a skin rash and muscle or joint pains.

Sri Lanka’s languages are influenced by her neighbours – the Maldives, India and Malaysia – as well as Arab settlers, the British, Dutch and Portuguese colonial powers. Many Sri Lankans are bilingual, and some, trilingual. Sinhala is the most widely spoken language on the island (by around 75 percent of Sri Lankans) followed by Tamil (especially in the north and east), and both mediums are taught in schools. Until Sri Lanka’s independence from Britain in 1948 English was an official language and it remains a popular third language (and a link language between Tamil and Sinhalese), spoken amongst more westernised urban Sri Lankans and in tourist areas.

DO: Drink bottled water; Dress modestly; Cover your legs, shoulders and upper arms when visiting a Buddhist temple; Haggle before getting into a tuk-tuk (but don’t go overboard); Avoid being bitten by mosquitoes by applying insect repellent liberally; Ask staff about known currents when heading out to swim in the sea.

DON’T: Get involved with drugs (penalties are severe); Be photographed in front of and with your back to a Buddha statue; Go topless on the beach – nudity in public is not permitted; Raise your voice – aggressive behaviour is not tolerated and won’t get you anywhere. Finally, try to avoid overt displays of affection in public.

Villa holidays in Sri Lanka are ideal for friends and families looking to relax and unwind in privacy. Villas are staffed by stewards, maids and cooks, allowing restful holidays. Food and drink are charged at cost price, which makes it a very economical alternative to a hotel. Our staff can also arrange for babysitters and spa therapists at an extra cost.

Most of our beautiful villas are located on the west and south coast, concentrated around the fortified town of Galle. Check out Ambassador’s House and 39 Galle Fort within the Galle Fort walls to get a taste of Sri Lankan splendour.

We look forward to hosting you in Sri Lanka soon.