Baan Puri is all about luxurious island living, with a long pool stretching out towards the ocean. ...

When it comes to French food, Bali has got it down pat. From formal dining to cafés and ...

An idyllic retreat in Koh Samui, Baan Puri has all the trappings of a perfect vacation home. Its ...

A glimpse of our elite portfolio. Outstanding villas, chalets and holiday homes for your next luxury holiday.

Designed by Paris-based architect Arte Charpentier, Villa Minh is a six-bedroom villa with breathtaking ocean views. Many of Phuket’s sights are within easy reach, just between the Kamala and Patong beaches. Perched on a hillside, Minh has been built to preserve its gorgeous coastal setting. 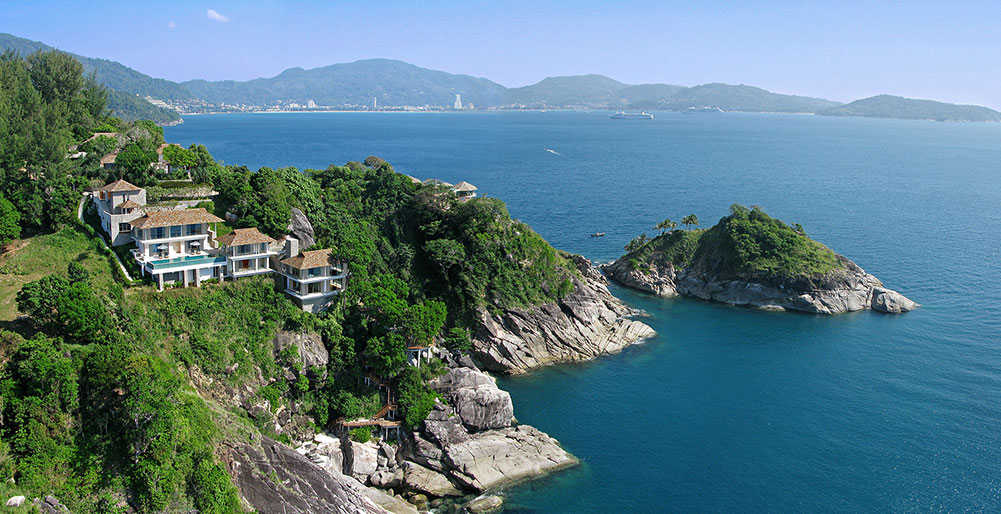 The bedrooms are magnificently decorated and connected both by stairs and a lift. The villa’s lavish living areas are accentuated by art and antiques. The 17.5 metre pool with built-in jacuzzi is illuminated by the beautiful night sky. You’ll want to restore your senses in the spa room and luxuriate in the wonderful living pavilions. 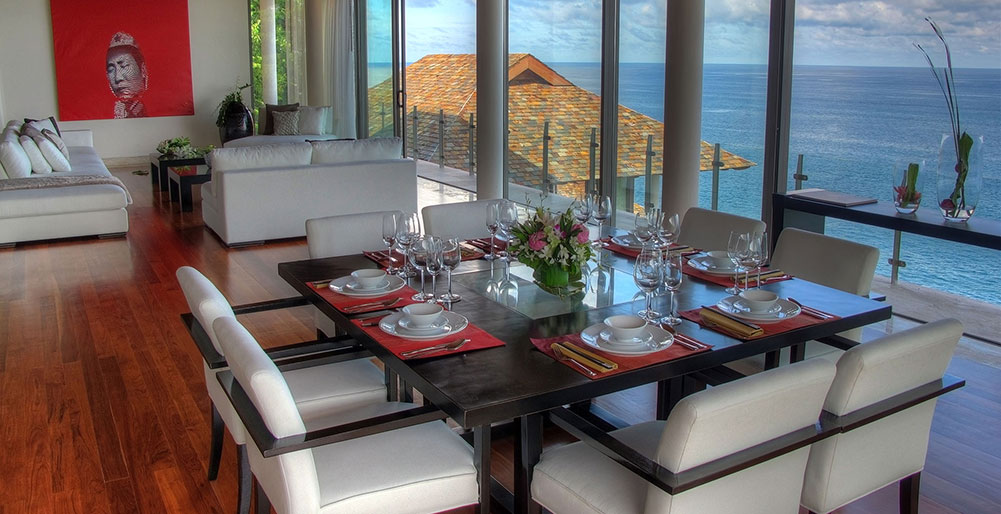 Villa Minh is perfect for entertaining, whether for a casual barbecue or a formal dinner. We sat down with Chef Thietan to get a glimpse into what goes on in the kitchen.

Elite Havens:  Hi, Chef, can you tell me what you’re currently making?

EH: Please tell me about yourself.

CE: I am El and I am the chef of Villa Minh.

EH: How long have you been cooking?

EH: How did you start cooking?

CE: At first, I was not a chef.  I used to help the chef in food preparation and presentation and that’s how I learned to cook. 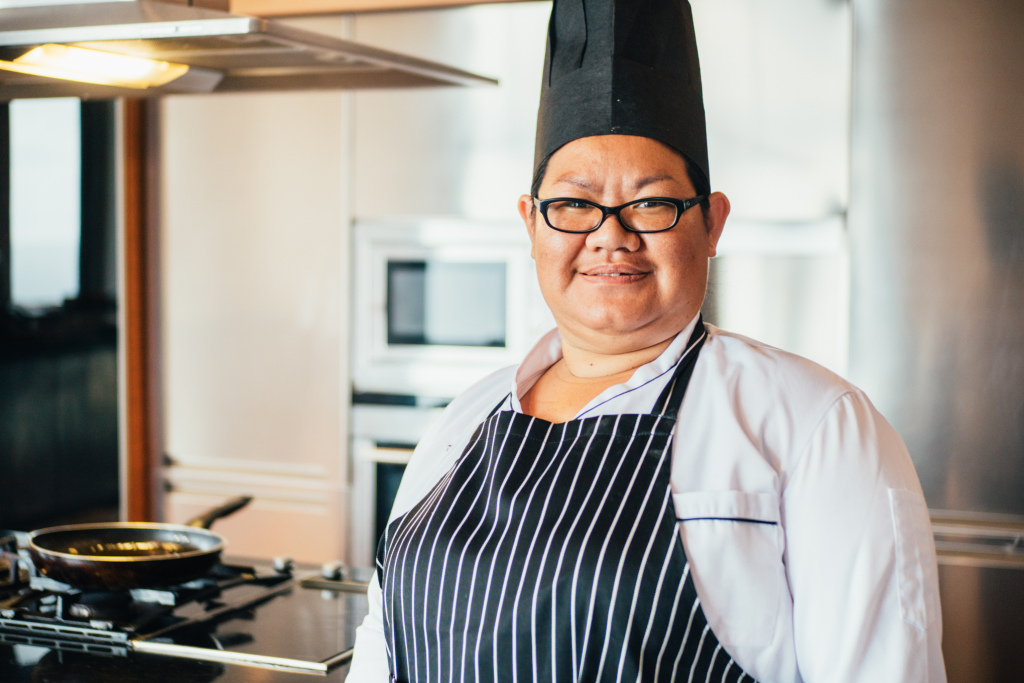 EH: And how did you become the chef here?

CE: A friend recommended me.

CE: Pad Thai. I’ve received a lot of compliments from my guests. They say my Pad Thai is not too spicy and it is unique.

EH: Ok. And what else do you like to cook?

CE: Pineapple fried rice. I like to put in a lot of ingredients so there’s a combination of sour, sweet and spicy flavors. That is a typical traditional Thai flavor combination. Some of the other chefs adjust the taste for foreigners. I like to stick to the authentic taste. But I can adjust the spice level for our foreign guests.

END_OF_DOCUMENT_TOKEN_TO_BE_REPLACED

Food is so central to Thai culture that in Thailand you’re more likely to be greeted with this phrase, which means “Have you eaten yet?” than with a “How are you today?”

In fact, Gin Khao Yung? literally translates to ‘Have you eaten rice yet?’ In Thai cuisine, as in many Asian countries, rice is considered to be such an important part of the diet that it is a synonym for food generally. 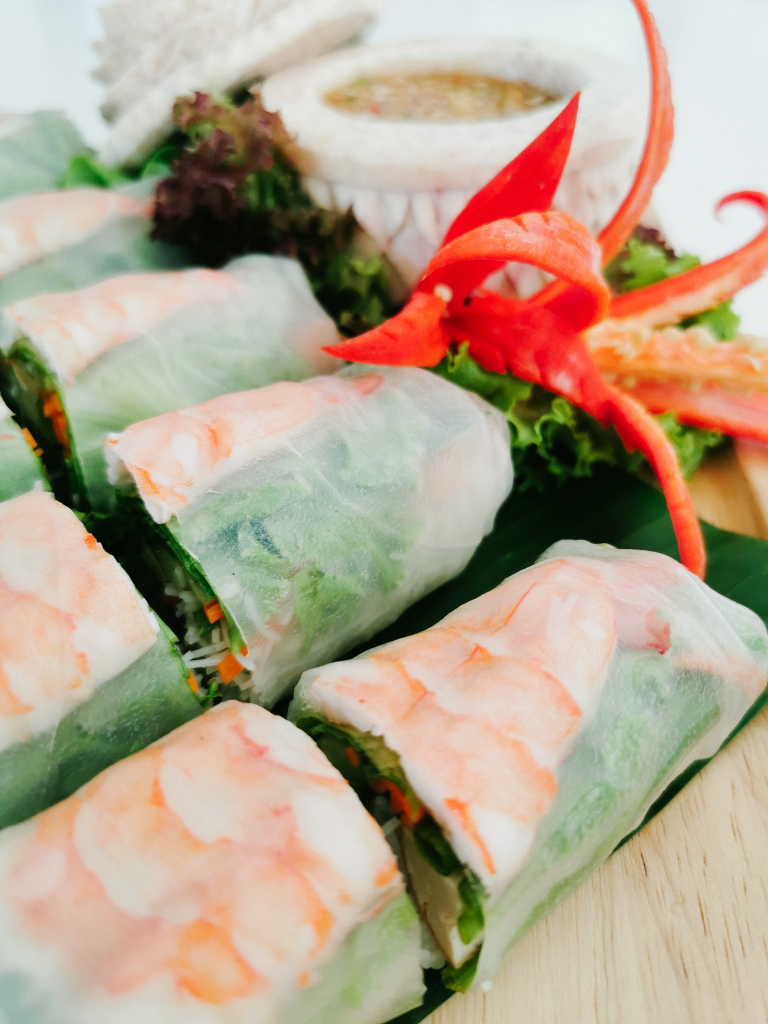 Aromatic, full of variety and always beautifully presented, Thai cuisine appeals to all tastes with its harmonious balance of the four fundamental flavours: salty, sweet, sour and spicy. Each region of Thailand has its own food specialties and style, influenced by the country it borders – so northern Thai food will share similarities with Laos and Myanmar, while the rich coconut-flavoured curries of the south borrow from Malaysian dishes. Add to this the culinary heritage of the Chinese, Indian and European settlers who have had their own influences over the centuries, and modern-day Thai cuisine is a true melting pot of flavour and deliciousness. 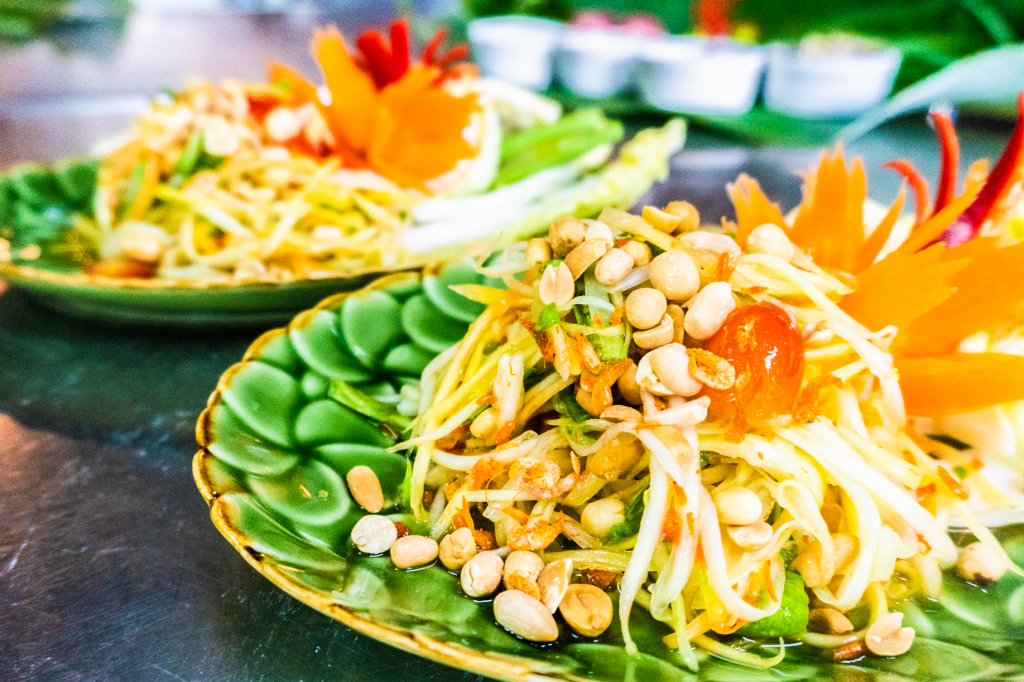 True Phuket cuisine – which can be hard to seek out among the better-known dishes such as Pad Thai (stir-fried noodles) and Som Tam (green papaya salad) – is possibly one of the most extreme examples of this fusion of styles. Heavily influenced by Chinese Hokkien, Malaysian and Indonesian foods, as well as Khmer cuisine from Cambodia, flavours are rich, complex and fiery, but also light, elegant and restrained.

This curious mix of flavours can take a bit of getting used to, but are certainly worth investigating. In essence, the further south you go, the more predominant ‘spicy’ becomes. In the South, a dish that isn’t spicy will be considered bland ‘Deeruang‘. South Thailand cuisine also has a strong emphasis on seafood with its proximity to the Gulf of Siam and the Andaman Sea.

In Thailand, sharing food is a reason to celebrate. Eating together is incorporated into many social and religious occasions. Indeed, many Thais believe that eating alone is bad luck. And by the end of a meal every last grain of rice should be eaten, as throwing away food is also considered bad luck, likely to enrage Mae Phosop, the Thai Goddess of rice.

END_OF_DOCUMENT_TOKEN_TO_BE_REPLACED

A world-class destination famous for its white-sand beaches, eclectic nightlife and outstanding shopping malls and boutiques, Phuket continues to go from strength to strength. If you’re looking to splurge and live it up celebrity-style while on holiday, the island delivers an abundance of luxurious and ultra-chic experiences: sample some of Thailand’s delectable cuisine at a five-star restaurant, enjoy an exotic cocktail garnished with a sea breeze and tropical sunset, or charter a yacht and explore the region by sea, your options are endless.

Looking for a luxury gourmet break? Holidays are the perfect excuse to indulge in delicious cuisine every day, and when you stay in an Elite Havens villa, that’s exactly what you can expect – without even having to get dressed! Just sit back, relax and enjoy as your private chef creates a range of beautiful dishes to tantalize your taste buds, including local Thai delights, western favourites and even special menus for the kids. 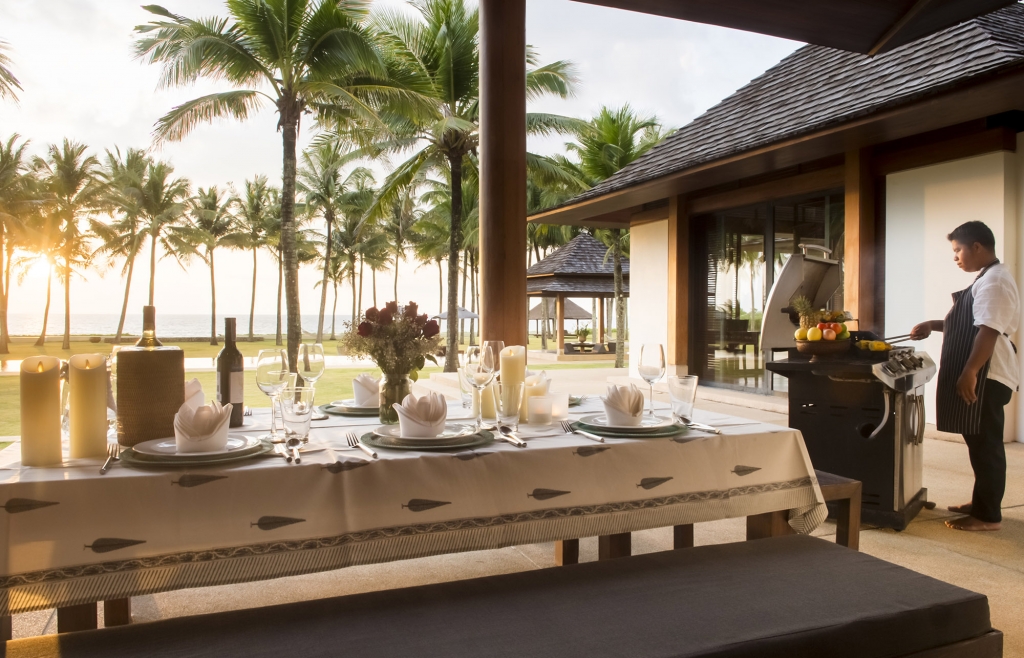 With all those tempting treats available in-villa you might well decide to stay put, but if you do fancy a night out you’re in the right place. Phuket is no stranger to good food and offers something for everyone, from the tastiest street food to the finest of fine-dining establishments.

Try the unique, Michelin-starred, PRU , which focuses on locally sourced organic and free-range foods and has earned quite a name for itself since it opened in 2016. In fact, several of Phuket’s sumptuous eateries were given a special mention in the 2019 Michelin Guide  for Bangkok, Phuket and Phang Nga, so if you are looking to splurge for a night on the town be sure to check out some of these outstanding places.

Once your appetite has been sated, perhaps it’s time to drop in for a few drinks at one of Phuket’s ultra-popular beach clubs. In recent years, these stylish entertainment venues have taken over the island’s party scene, and while there are many clubs to choose from, the decadent Catch Beach Club  is among the most highly rated, and knows how to lay on the red carpet treatment. With a stunning location on Bangtao Beach, Catch Beach Club has a high-quality bar, restaurant and chic lounge,

END_OF_DOCUMENT_TOKEN_TO_BE_REPLACED

Phuket is known for its hedonistic holiday pleasures – beach club parties, sunset cocktails, luxury yacht cruises, seafood feasts and the like. Alongside these carefree pursuits there are a growing number of places for self-care, where travellers can heal their bodies and revive their souls while on a Phuket holiday. Yoga studios, intensive martial arts training, detox/diet centres, fitness boot camps and meditation retreats are just some of the restorative activities on offer. None is as prevalent in Phuket as the age-old healing art of traditional Thai massage.

Thai massage (also called assisted yoga massage) is a vigorous treatment by which your body is moved and manipulated in a series of bends, stretches, lifts and acupressure compressions to stimulate energy flow and restore balance.

WHAT TO EXPECT: During a Thai massage, no massage oils or lotions are used. Loose-fitting clothing is worn during the treatment, which was traditionally carried out on a low bed or mattress on the floor. These days, however, massage atop a massage table, spa bed or sun lounger is more common throughout Thailand.

TECHNIQUES: Experienced therapists have incredibly strong hands, and they also use their elbows and knees to apply pressure at various points along your body. A Thai massage session can also include cracking of the joints and neck and pulling the limbs.

BENEFITS: By the end of a one- or two-hour treatment, you’ll feel completely invigorated from head to toe. Given that some of the techniques can be rather forceful, be sure to talk with the therapist first, especially if you have any injuries or chronic pains that need to be handled with extra care. 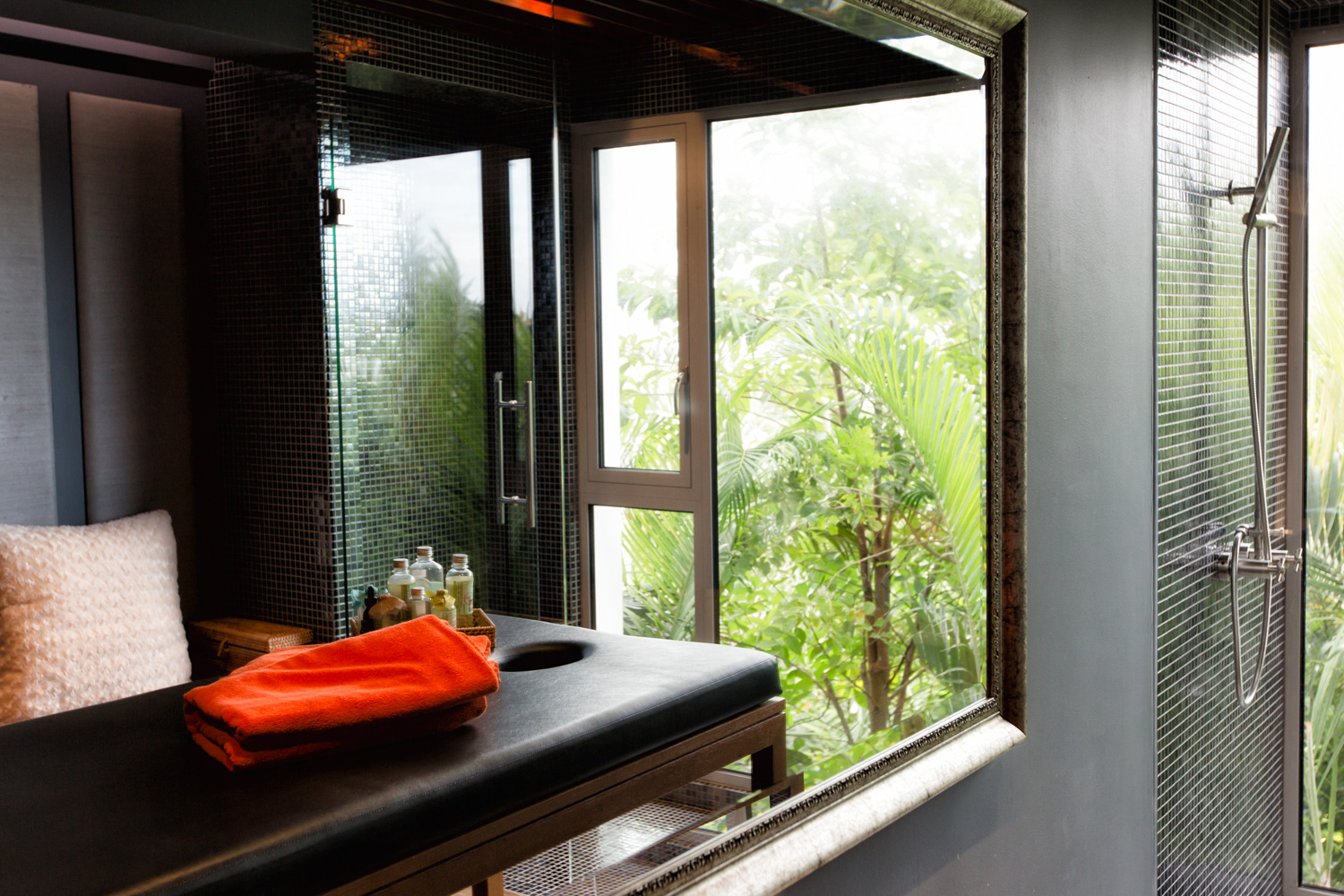 The principle behind Thai massage is that life is sustained by a vital force, ‘lom’, that is circulated through the body along invisible pathways called ‘sen’. When these pathways are blocked it leads to illness, fatigue and imbalance. Thai massage is believed to help unblock the pathways and stimulate the flow of lom, thus restoring the body back to health and vitality.

Thai massage is an integral part of traditional Thai medicine, with techniques that have been passed down through the generations for more than 2,000 years.

END_OF_DOCUMENT_TOKEN_TO_BE_REPLACED

It’s all about the views at stylish Villa Samira, set along Phuket’s ‘Millionaires’ Mile’. This six-bedroom holiday home boasts superb ...

Ibiza’s famous and iconic beach club Café del Mar has officially opened its doors in Bali. It’s been the talk of the town for quite some time now, and the islanders have been anticipating its launch with great excitement. 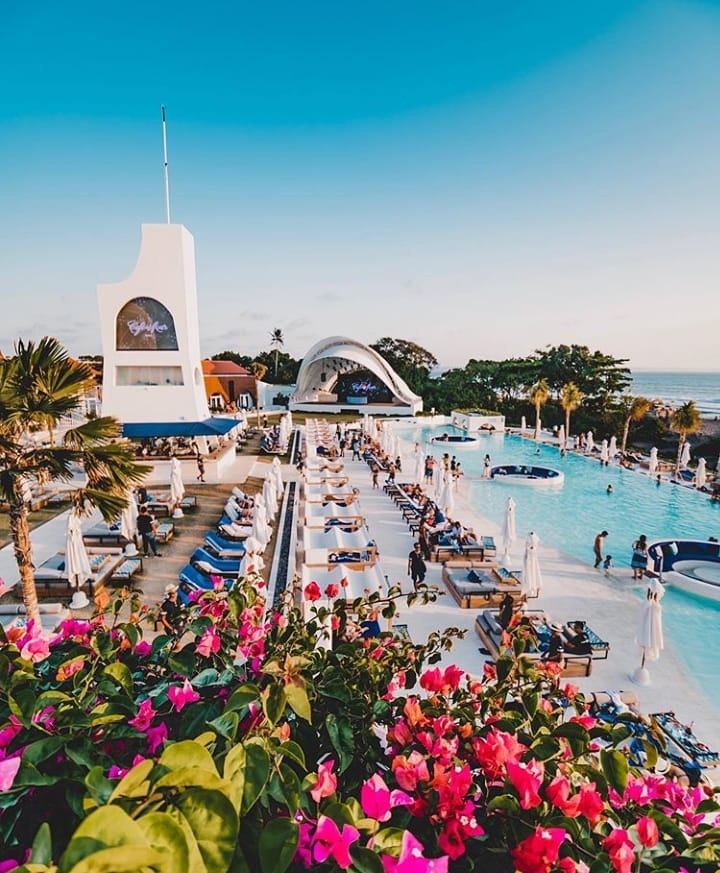 Set absolute beachfront on Batu Belig Beach, the vista is sensational, laying claim to one of the best locations in Bali for sunset watching. Clean Mediterranean lines in white-on-white with touches of blue creates a quintessential luxe beach club vibe. The sound system is next-level with an amphitheatre packed full of speakers playing cool tunes mixed by a set of international and local DJs. Entertainment offerings change daily, with dances and live performances through the week in the evenings. Come weekend, and the dial is turned up towards party beats. 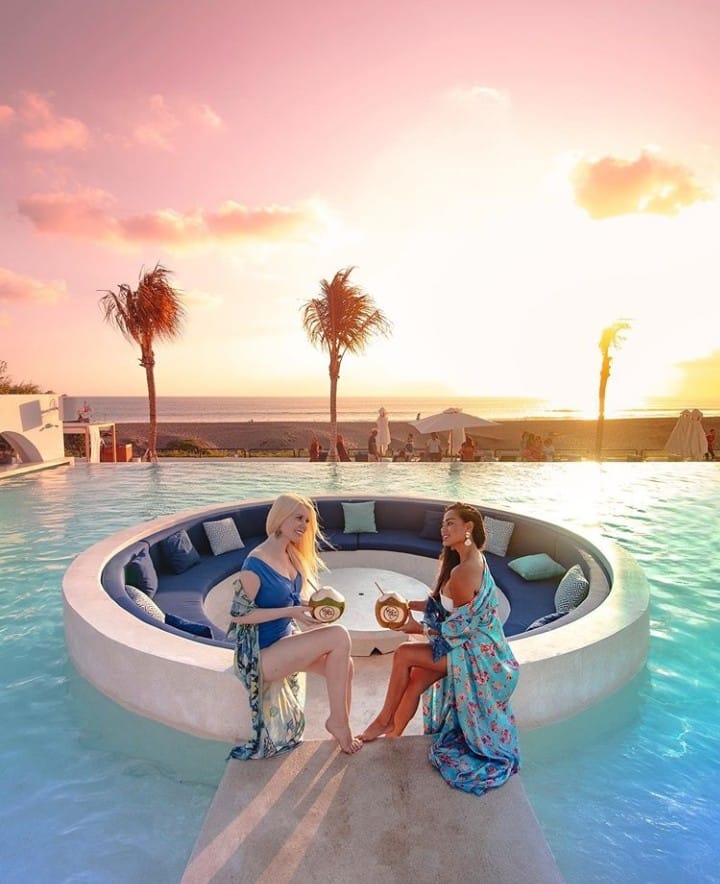 There are several fabulous nooks within the complex, for you to lounge and enjoy. Swim-up bars, loungers, daybeds and uber comfortable cabanas all offer a superb outlook to the beach and ocean. The beach club food menu is extensive, offering Mediterranean cuisine with loads of tapas and shared plate options, perfect for casual poolside dining. The fine-dining restaurant offers a classier premium dining option. 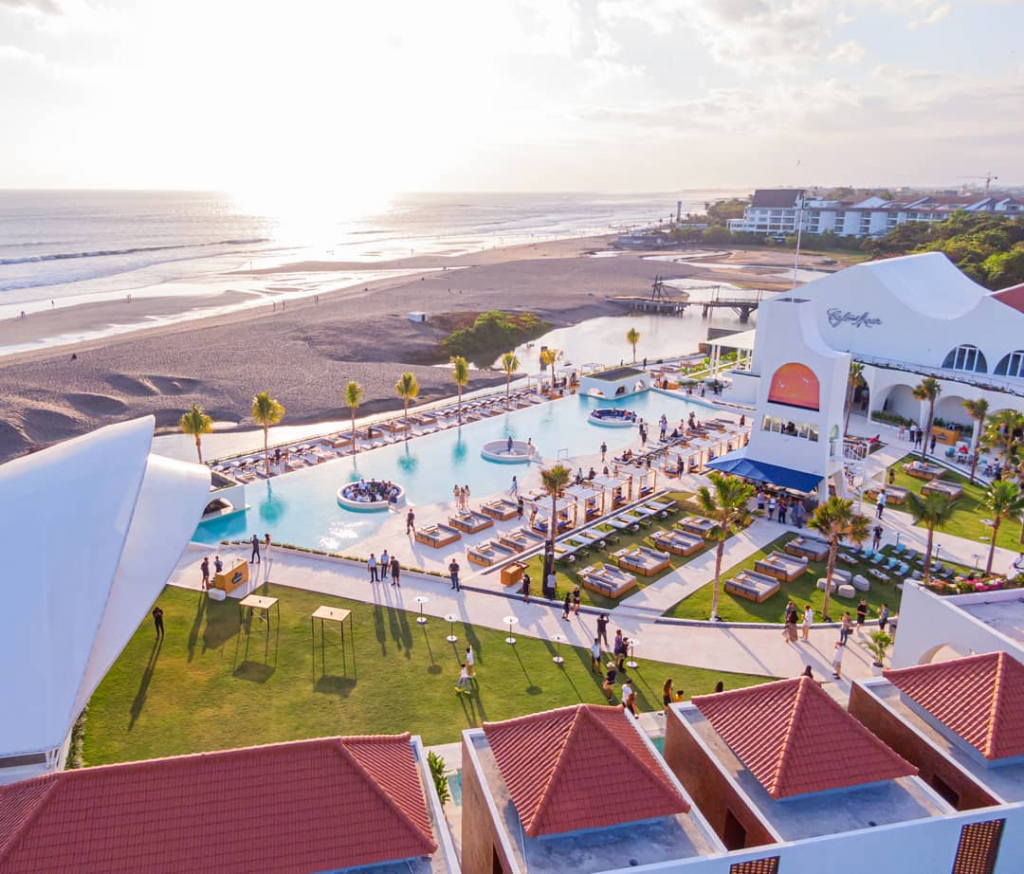 For an extra special VIP experience, VIP suites are available with a minimum spend requirement. Ask the Elite Concierge to secure your VIP suite, featuring your own private plunge pool, lounge area, bathroom and butler to take care of you throughout the day. This promises to elevate your beach club experience to another level.

END_OF_DOCUMENT_TOKEN_TO_BE_REPLACED

You’ve come to Phuket for the sun, the emerald ocean, the fabulous nightlife and your luxurious villa. But did you ...