Rara Suprastini has been in the events and weddings business for over a decade. As Elite Havens’ Head of Events Indonesia, she oversees villa arrangements and other details for important occasions. Dealing with clients directly, she knows in-depth what they want and need.  We sat down with her to find out what its like organising and managing multiple assignments. (She makes it looks easy!) 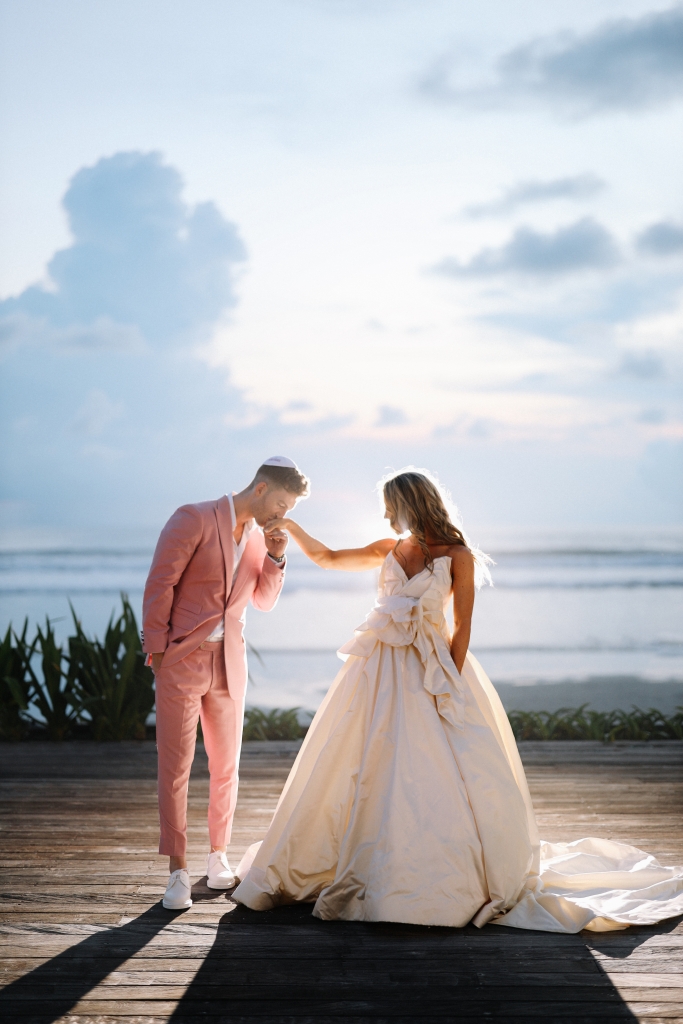 Elite Havens: Hi, Rara. Can you tell us a little bit about your role?

Rara Suprastini: My team and I take care of booking events. More often than not, these are weddings, but we also do quite a lot of retreats and a few birthdays. We are here to help wedding couples or any guest looking for a special celebration in Bali.

EH: Say, for example, a couple is looking for a villa for their upcoming wedding. Should they come to you, because it’s a special event?

EH: And then you will help them choose the villa? Set up the event?

RS: Absolutely. I was a wedding organizer here in Bali, before I started working with Elite Havens. So I know what brides are looking for. First things first – a fabulous venue. A bride usually knows exactly what she wants, ‘I want a beautiful villa on the cliffside. I want the sunset as the backdrop.’ They already have a dream, a perfect wedding that perhaps they’ve been thinking about since they were kids. The ideal venue is the first thing on their checklist.  And of course, the venue affects the budget as well. We try to lead them to the villa most suited to what they have always imagined. 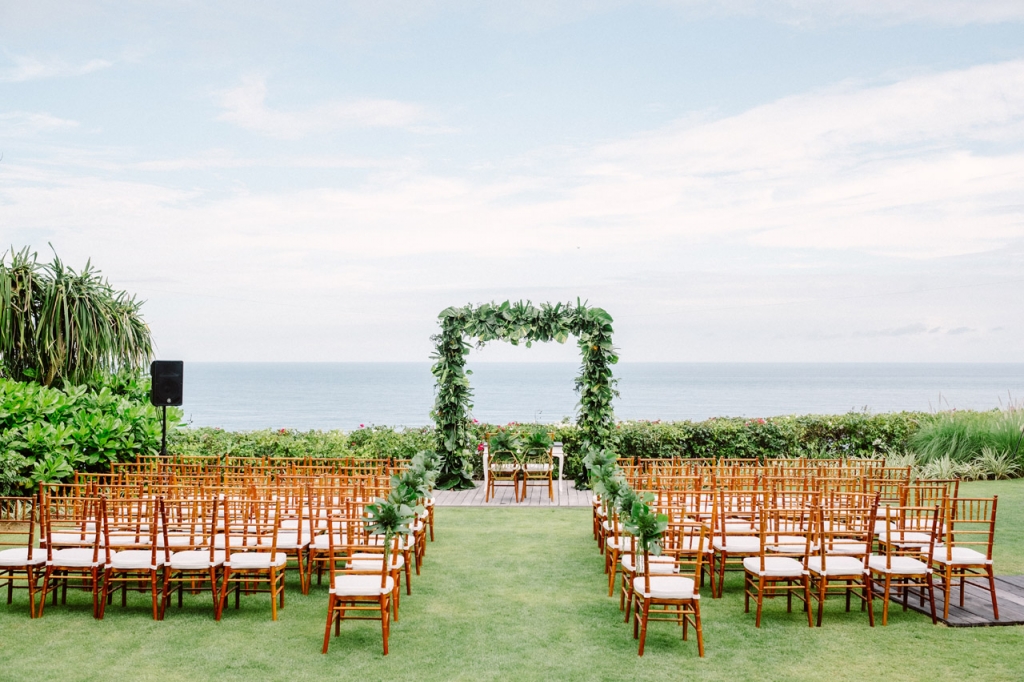 EH: Do they visit the villa?

RS: Usually, yes. After seeing the villa in person, they are usually a hundred percent sure that it’s the villa they’re looking for. We are quite different from other villa companies – we take our time with this. Our approach is more hands-on and personal, because we assist them in their search for the ideal luxury villa.

EH: What’s the next step?

RS: One thing we always propose to our clients, is to connect with a reliable wedding coordinator.

END_OF_DOCUMENT_TOKEN_TO_BE_REPLACED

Imagining the romance of a wedding comes easy in the idyllic landscape of Lombok. Uncrowded vast beaches, tropical greenery, and ...

It’s that time of the year again: contemplating where to spend the year-end holidays, vaguely thinking about your list of presents, wondering what kind of Christmas gathering you’ll have. Do you repeat everything on the menu from last year? What decor should you have this year? Aren’t you just bored with doing the same old thing? Thinking of where to have Christmas dinner – where it isn’t booked solid? Sound familiar? Wouldn’t you rather be somewhere where all these errands could be taken care of, leaving you free to enjoy quality time with your loved ones? A villa vacation in Bali is your best bet, and we have handpicked incredible elite havens for you to choose from.

Spending Christmas with friends? With personal plunge pools, world-class entertainment systems, private chefs to set up a delicious Christmas barbecue and staff to mix exotic cocktails, these villas promise an unforgettable party for you and your group.

At Villa Asada, away from the crowds of Bali, you are ushered into a well-kept secret that will amaze you. The large four-bedroom villa overlooks calm blue waters, with sea views that will make you swoon. The villa provides you with nothing but the very best, including an 18-metre pool, a gym to work off those holiday calories, a bar for sipping cocktails and the option to dine alfresco under frangipanis. If you want to dress up and don your favourite little black dress, you can opt for a more formal soiree in the dining hall. The choice is yours. Best of all, Western, Asian and vegetarian dishes as well as kids’ meals are available throughout your stay. Ask your personal chef to create a Christmas feast like none other, and he will be only too happy to oblige. 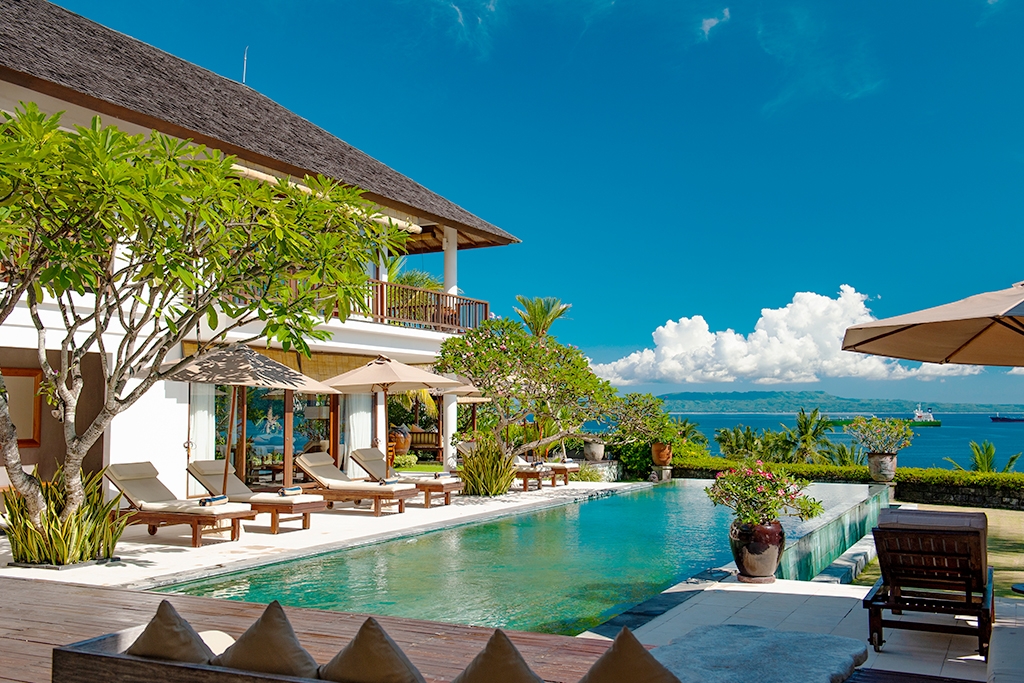 Kaba Kaba Estate welcomes you into its grand, open living room, which has a wall adorned with precious objects d’art and antiques that look towards a humongous swimming pool with dark gray tiles. The main entrance is filled with cabinets and curiosities from around the world, including a giant female Buddha, a welcoming bench and a staircase leading upstairs. The estate is large enough to accommodate up to 14 adults and four children, so don’t hold back those invitations. An added bonus is the large garden,

END_OF_DOCUMENT_TOKEN_TO_BE_REPLACED

As the winter recedes, so do the crowds that throng Niseko for its dreamy powder snow. And in their wake, they leave behind a countryside that seems to slowly stretch out and rise from its winter slumber. The grinding sound of ski ploughs and the whir of ski lifts is replaced by melodious songs of summer breeze and chirping birds. The country blooms all around, unaware of its unpretentious innocent beauty yet not needing the crowds to confirm what it already knows. That Niseko is divine in the winters, but it is in summer that Niseko truly displays its mesmerising self. 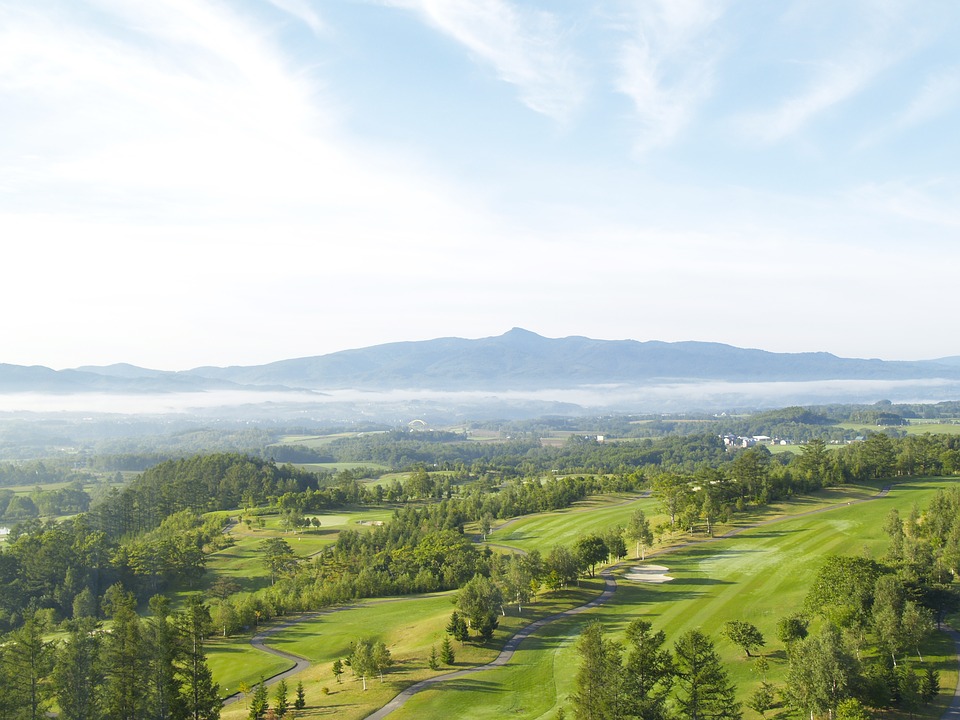 It is a step towards the unknown, but curiosity is well rewarded. If you truly want to explore the heart of the countryside, why not take a walk away from the beaten path and indulge yourself with these quirky offbeat activities instead?

END_OF_DOCUMENT_TOKEN_TO_BE_REPLACED

The perfect snow, with adequate depth and powdery white texture – welcome to Niseko, where you can chase your ultimate powder dream. It’s the ideal place to ski, snowboard or try a host of snow-filled activities. From snowshoeing to gliding on your snowmobile, and even water-rafting in spring-time rapids, Niseko gives frozen water a good name.

Its increasing popularity as a ski-destination is further fuelled by the availability of high-end chalets for individual families as well as groups. But don’t follow the crowds. Beat the rush for powder by coming to Niseko a few weeks early to discover what the season truly offers. Explore the winter dream minus the crowds. It isn’t just about skiing!

END_OF_DOCUMENT_TOKEN_TO_BE_REPLACED

Songkran is Thailand’s most famous Festival and possibly the largest water fight in the world.

Songkran Festival starts 13 April. In some areas of Thailand it only lasts for three days, the 13th, 14th and 15th, and in other areas it lasts for seven days.

WHAT IS THE MEANING OF SONGKRAN?

The festival originated centuries ago as a purification rite, in both a physical and spiritual sense.  Temples, Buddha images, and houses where tidied and cleaned as a way to clear away negative influences. Traditional celebrations involved a gentle sprinkling of scented water.

HOW IS SONGKRAN CELEBRATED?

Over the years, Songkran like many other centuries-old festivals has become commercial. Water guns and bright-coloured Hawaiian shirts (more on these later) are on sale in shops weeks before the event and every marketing department scrambles to get their Songkran message heard through a downpour of advertising. 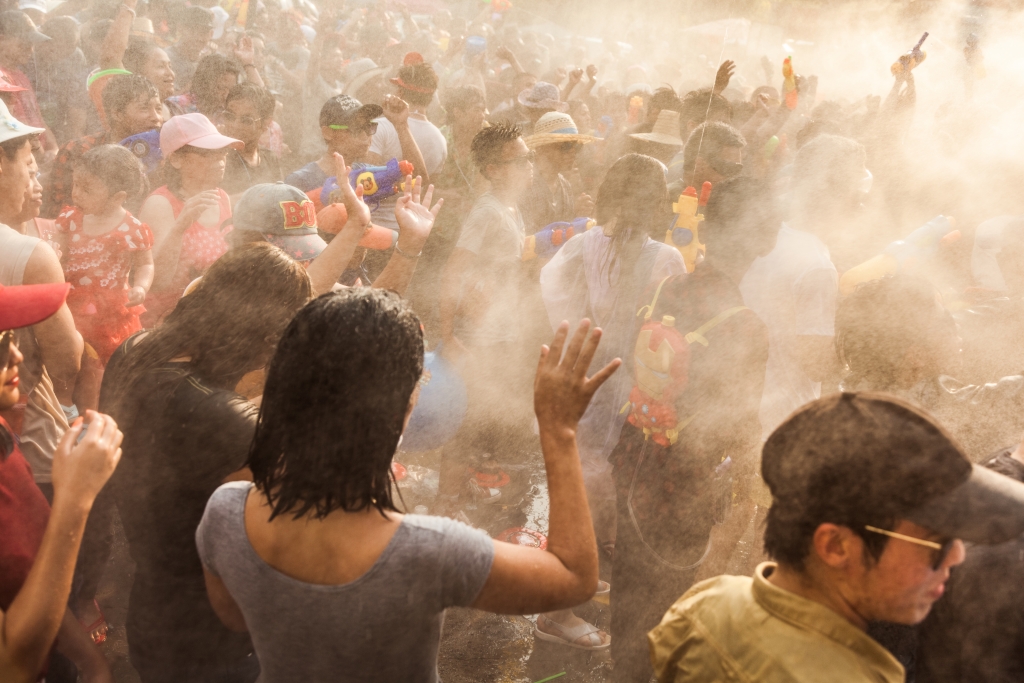 Songkran has become arguably the biggest water fight in the world. The throwing of water (er, mass water fights) have become a huge part of the celebration over the past two decades everywhere in Thailand, so don’t be surprised if you get splashed with icy cold water, well when we say splashed, we mean drenched in water, shot at you from every angle form a variety of colored water pistols, buckets and anything else that can hold water. You will also become covered in powder, which is… Well, even to this day after being in Thailand for eleven years, I have no idea what it is.

The whole of Phuket island stops on the 13th of April when families, friends and communities set up make-shift water splash stations on the side of every road. Think of a fun road stop checkpoint, with blaring music coming out of a 1980 speaker which has been blown out ten years ago, and everybody drenched in water and covered powder, dancing around in these bright Hawaiian shirts. Everyone from 3-year-olds to 87-year-olds is out having fun and of course,