Galle in Sri Lanka is a perfect example of the fusion of European and Asian styles. Its natural beauty, superb archaeological location and rich heritage have made it an outstanding coastal city of Sri Lanka.

It is hard to believe that a city that is buzzing with business activities has managed to successfully preserve ancient heritage in such an amazing manner. If you are travelling to Galle for the first time, include these 5 attraction sites into your list of must-visits. 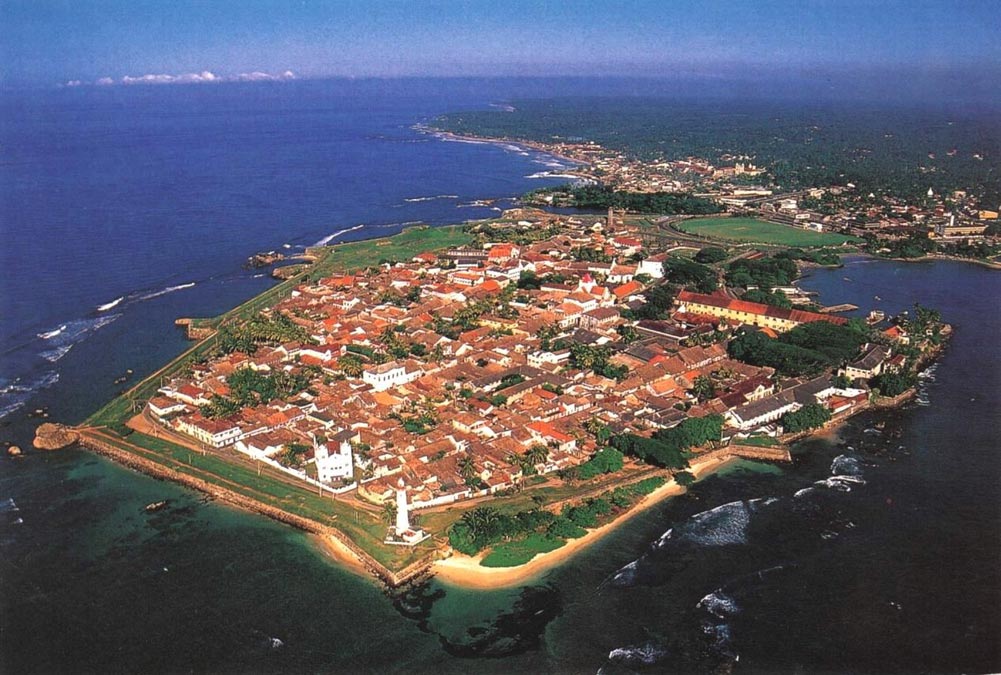 The Galle Dutch Fort is a rare historical jewel protected by dark, thick stone walls – with the endless ocean on one side. It was built first in 1588 by the Portuguese, then extensively fortified by the Dutch during the 17th-century from 1649 onwards. Even after more than 428 years, the roads inside the Galle Fort have hardly changed, like the squares on a chess board crisscrossing in regular patches. Straight and narrow lanes branch in and out inviting the visitor to a delightful walk into the 17th century. The fort is big enough to feel a tiny bit lost at times, but small enough to explore on foot.

No.39 Galle Fort is tucked along Lighthouse Street in Galle Fort. The historic heritage house is airy, spacious and charming. Ideal for families and a group of friends looking for an easy access to the many iconic attractions on this historic locale – Galle Fort’s iconic landmarks are only footsteps away. 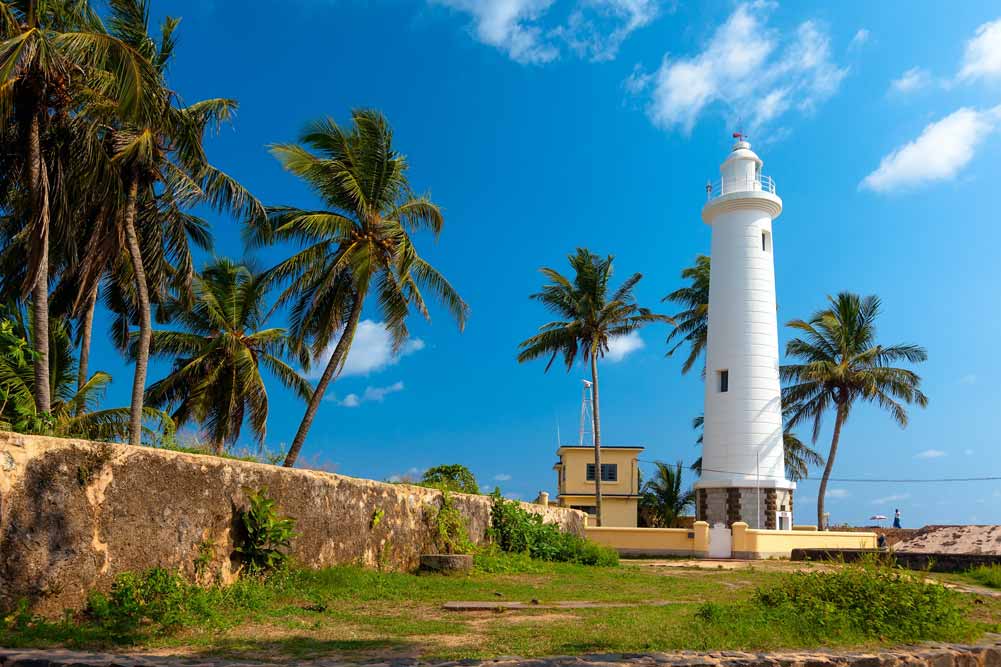 Another fantastic landmark is the Galle Lighthouse, Sri Lanka’s oldest light station, dating back to 1848. The original 24.5-metre-high lighthouse (built by the British) was destroyed by fire in 1934. Standing tall at 26.5-metre-high, the current lighthouse was erected in 1939 to replace it.

Come here early morning and you might catch the fishermen on their stilts, or late afternoon to see the sunset. A relaxing walk on the fortification along the sea is highly recommended. 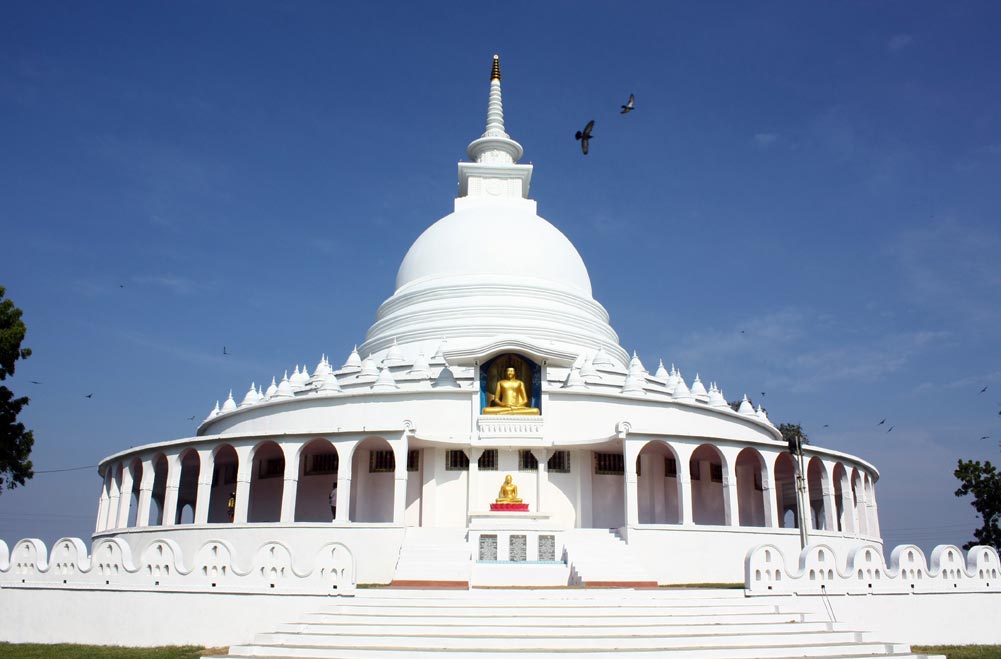 Built by Nipponzan Myohoji monks, the Japanese Peace Pagoda is one of the most tranquil attractions of the city and exudes a sense of calm. If you came to Galle seeking for spirituality and inner peace, this is the place to be.

The Pagoda is only a short walk to Jungle Beach.

END_OF_DOCUMENT_TOKEN_TO_BE_REPLACED

Famed for the historic Galle Fort district, tea industry and pristine family-friendly beaches, Sri Lanka is also known for its ...

The first time I visited Sri Lanka there was a war on. Twenty-plus years, 40-plus visits and a beach house later, how things have changed! In 1997, tourists were restricted to the southwest corner of the island – from Bentota through Galle round to Yala National Park. Now the whole of this aptly named “island of serendipity”, is open for business, and what a delight it is to explore.

“Journeys are long although the distances are short,” was the mantra of my loyal driver, Lucky, back then. And he wasn’t wrong. 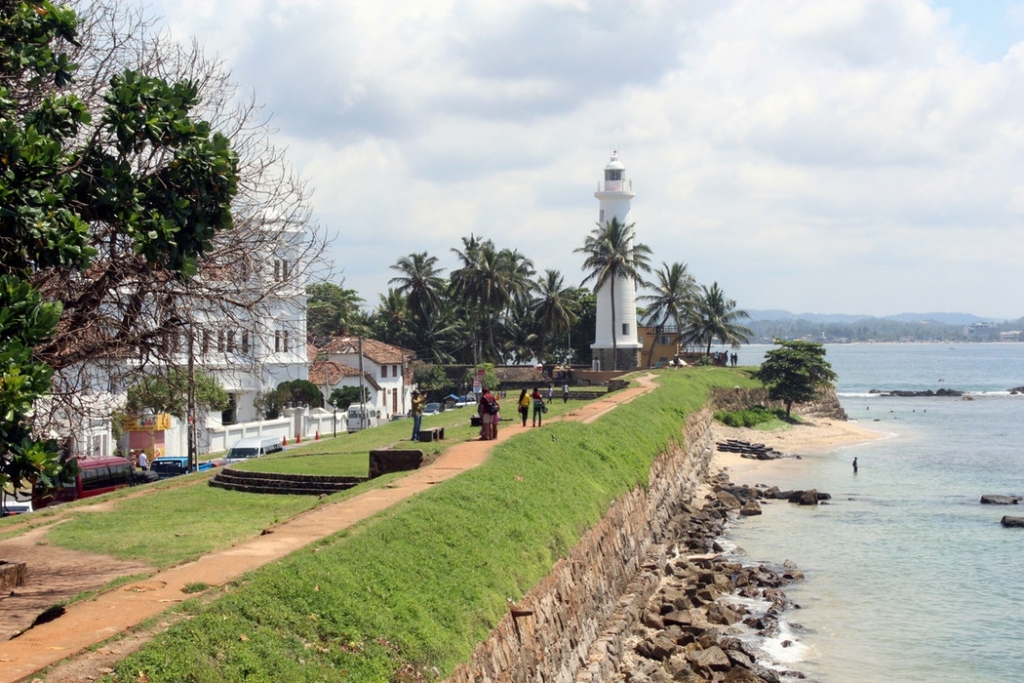 To get to Colombo from the UNESCO-listed Fort at Galle (only 125km) you had to endure a 4 to 5-hour journey of hair-raising overtaking along an inadequate coast road. Traffic would grind to a halt on the approaches to Colombo, and crossing the capital to reach the airport was a war of attrition.

Now, a sparkling dual carriageway whisks you from the airport to downtown Colombo in 30 minutes and Galle can be reached in just over the hour. The delightful south-coast bays of Weligama, Dikwella, Matara and Mirissa (of whale-watching fame) are in easy reach. The Cultural Triangle, with its ancient cities of Polonnaruwa and Anuradhapura, and the historic centres of Dambulla and Sigiriya, are also much more accessible.

The hill stations of Nuwara Eliya, Ella and Horton Plains are still not easy to reach by road, although the train is a popular, more relaxing alternative. But once there, the stunning tea plantations and panoramic trekking country make for a magical setting. Sit back in a planter’s chair, sip a G&T and enjoy the colonial splendour.

Pasikudah, Trincomalee and the Jaffna Peninsula were pretty much off limits to all but the brave and/or foolhardy until 2009, so visiting the stunning beaches of the east coast was nearly impossible. Gravel tracks, frequent check points, mine sappers and curfews made travel long and arduous – our worst east-to-west-coast road trip took staggering 17 hours at the height of the conflict. Today, seeing 300 wild elephants watering at dusk in Minneriya National Park should be on everyone’s bucket list, as should the spice gardens around Kandy and the crystal clear waters of Nilaveli Beach running up to Pigeon Island.

END_OF_DOCUMENT_TOKEN_TO_BE_REPLACED

Galle in Sri Lanka is a perfect example of the fusion of European and Asian styles. Its natural beauty, superb ...

The perfect snow, with adequate depth and powdery white texture – welcome to Niseko, where you can chase your ultimate powder dream. It’s the ideal place to ski, snowboard or try a host of snow-filled activities. From snowshoeing to gliding on your snowmobile, and even water-rafting in spring-time rapids, Niseko gives frozen water a good name.

Its increasing popularity as a ski-destination is further fuelled by the availability of high-end chalets for individual families as well as groups. But don’t follow the crowds. Beat the rush for powder by coming to Niseko a few weeks early to discover what the season truly offers. Explore the winter dream minus the crowds. It isn’t just about skiing!

END_OF_DOCUMENT_TOKEN_TO_BE_REPLACED

Dive into ten frequently asked questions about boating day trips in Bali. These honest answers can help you easily plan a fun-filled day on the water with friends or family.

The best snorkelling and diving areas are offshore, so opt for a private boat charter to guide you. Not far from Bali, Nusa Lembongan is a popular island to visit for snorkelling, sightseeing and lunch on land. 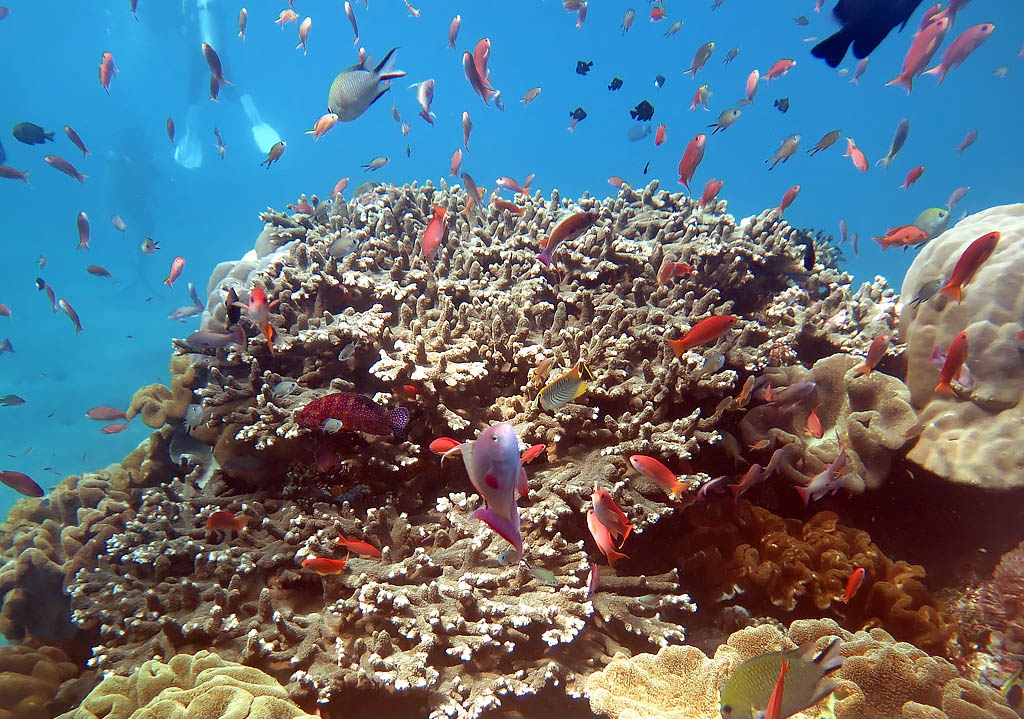 These are just a few of the exciting sights you can expect. SCUBA divers are also attracted to deeper waters around Bali to observe Mola Mola (Giant Sunfish) and gentle Manta Rays. The entire archipelago of Indonesia is a world-famous destination for snorkelling and diving.

Fishing from a boat by trolling or using fishing rods are the best ways to catch ocean fish around Bali and you can also try coral fishing, too.

4. When is the best time to go boating in Bali?

Any day when the ocean is calm and the sky is clear will give you the best conditions for fishing and swimming. Postponing a trip due to rainy weather or choppy water is wise to ensure a fun day out.

5. What kind of boats are common in Bali?

END_OF_DOCUMENT_TOKEN_TO_BE_REPLACED

Excited about your trip to Phuket, but don’t know what to do while you’re here?

Having lived in Phuket for 10 years I have experienced a multitude of the amazing activities that you can do while you stay on the pearl of the Andaman. Phuket attracts a host of different types of tourists, tourists from all over the world, all with different budgets and all with different needs and wants from their tropical island experience.

Phuket now has some amazing new and exciting attractions for you to come and try which will enhance your island experience. Here are some great activities that I recommend. 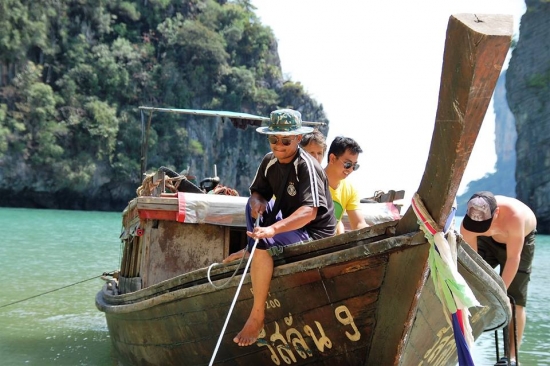 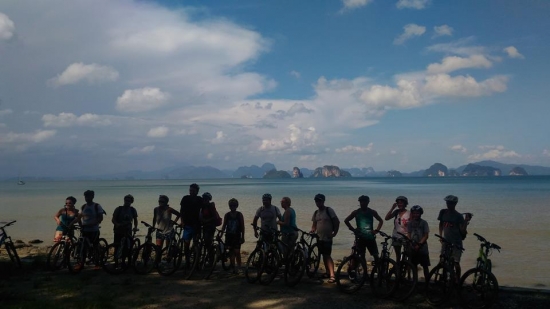 Biking and triathlons have taken the ball and rode with it over the past few years and become much more mainstream, and this has not been missed by businesses in Phuket and the amount of new biking companies offering a host of different tours has grown year on year. One truly amazing tour which is actually three tours in one is Andaman Nature Tours.

This tour starts on a boat and takes you to one of Phuket sister islands Koh Yao Noi for a biking tour. The terrain is relatively easy and has stunning scenery. You will ride through paddy fields and meet local farmers who are the real organic hipsters, then up into the rubber plantations, and then hop on a traditional Thai Longtail to take you for lunch on a secluded palm-fringed white sandy beach, back on the boat to finish the tour riding along next to the beach. This is my favorite tour 100%.

Stand Up Paddle Boarding has been one of the fastest growing watersports in the world and Phuket has its share of SUP tours and adventures. Companies such as Skylas Surf & SUP club offer a range of SUP tours and trips as well as SUP Yoga and hire.

During the surf season May – November, they also offer surf courses and board hire. The west coast, during November to April, is the perfect flat water that you need to enjoy SUP, but if you are looking for more of an adventure then book on a SUP tour to the east coast. You will experience paddling through mangroves and seeing a host of natural wildlife.